Could the Apprenticeship levy impact HE routes into management and the professions? 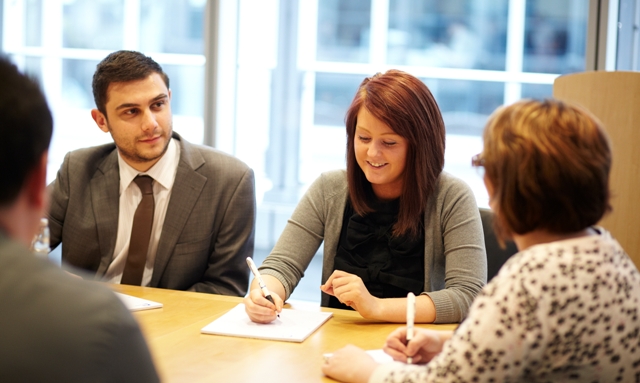 "Prospective levy payers are saying that they want to use the levy to start running programmes at the higher levels including degree apprenticeships."

From next April, large employers with an annual payroll of at least £3 million will be required to pay an apprenticeship levy to the government. They will be able to claim the money back with a 10% top-up added by the government to fund apprenticeships within their business. Over 20,000 organisations are expected to be levy payers and they will pump an extra £1 billion into the government’s flagship skills programme in addition to the current budget of £1.5 billion.

Some employers will just treat the levy as another tax and they won’t claim back their money for apprenticeships. But the expectation is that the majority will and therefore the levy will be a significant game-changer for the apprenticeship programme.

Independent training providers currently support employers in the delivery of 76% of England’s 814,000 apprenticeships and they are in discussions with those organisations on how to maximise the opportunities which the levy will present. Critics of the government’s policy originally voiced concern that employers would simply be interested in getting their money back and not caring about the quality of apprenticeships they would set up in order to retrieve the money. The conversations which member providers of the Association of Employment and Learning Providers (AELP) are having with their business clients strongly suggest that this fear is misplaced.

Official data shows that the majority of apprenticeships are presently offered to learners at lower levels, i.e. levels 2 and 3, but the prospective levy payers are saying that they want to use the levy to start running programmes at the higher levels including degree apprenticeships. Many employers are already doing so under the government’s current funding regime to the extent that The Times newspaper published for the first time this year its Elite Guide to Apprenticeships. Among them are the professions with arguably the accountancy firms leading the way, although the law firms, including members of the Magic Circle, are rapidly catching up. Their apprenticeships lead to full professional qualifications without the learner having to go via the traditional higher education route. Other businesses are using higher level apprenticeships for leadership and management programmes for new and existing staff and we can expect this to increase under the levy.

More large employers will sign up for degree apprenticeships after the levy starts. In fact, higher and degree apprenticeships could eventually account for half of the levy spend. For HEIs who haven’t clocked this development, this should come as a major wake-up call especially when more young people are also making considered choices about which learning routes they want to take after A Levels. In fact, you could call it the £100,000 choice – the difference between earning while you are learning via an apprenticeship and a traditional university degree offering student debt, repayment of maintenance loans and three years of foregone earnings. Of course the future earning potential of the latter remains highly attractive but ‘Generation Rent’ are now facing stark choices which require careful thought and who knows which route will bring greater financial reward in the future. Recent research shows that the earnings gap is closing.

We are not suggesting for a moment that degree apprenticeships will eventually replace traditional degrees completely because they are very different. However for many individuals and employers the opportunity of starting in the workplace at 18 and still being awarded a university approved degree at the end of the programme has significant appeal and creates many more opportunities than the traditional academic route. Degree apprenticeships must be based on proper work based learning – they cannot just be a rebadging of classroom or lecture room provision. Employers and the experts in work based delivery need to be a key part of the delivery, recognising that employers must have a significant say in the programme design with sufficient flexibility for a programme to meet the needs of different employers. These growing partnerships mean that the traditional HE model is being challenged and universities and business schools would be foolish to ignore it.

Mark Dawe is Chief Executive of the Association of Employment and Learning Providers.