Brexit from the view of EU business school students 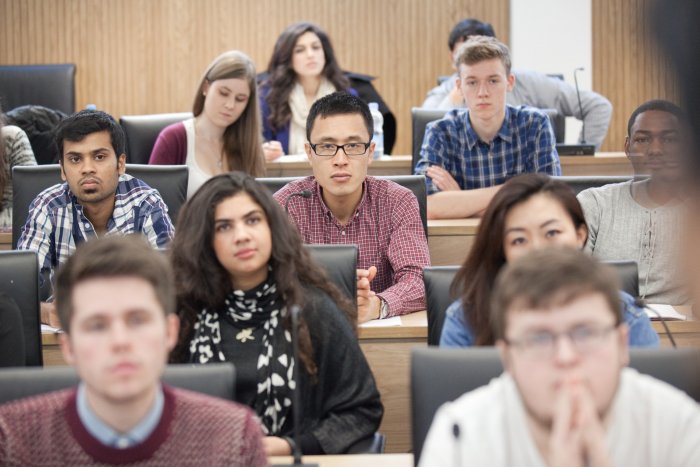 On Wednesday, March 8th, Alliance Manchester Business School hosted around 45 students from Stenden Business School in the Netherlands.  The students were from a variety of countries across Europe and the Middle East.  They came for a visit to Manchester, the University of Manchester and to hear a talk about ‘Insights on Brexit’.  I was asked to present and while initially thinking I’d be unable to provide much insight as Brexit is still a concept full of uncertainty,  it did make me look beyond the 52% vs 48% national referendum outcome.  So I was prepared with 30 slides about the EU, the role of the UK within the EU, what led to Brexit, who voted for what (with the data sliced and diced by socio-economics, gender, regional voting patterns, etc.) along with what it all means to the individual, business, government, international relations, etc. I was prepared to talk about Brexit from the inside and I was looking forward to a robust and informed debate.  After settling in 45 students, 2 faculty and providing everyone with a cup of hot beverage, we began.  I started by asking if there were any questions.  Many hands shot up and I picked a student who asked the following, ‘Why has the UK been so stupid to vote itself out of an organisation which seems to benefit so many parts of the country?!’.  Many heads nodded in agreement.  If I was surprised at the directness and honesty of the question I must have hidden it well!  I didn’t answer the question directly but responded with something like, ‘Let’s see what the Brexit story illustrates and then we’ll come back to your question’.  And then I launched into the presentation.  I covered things that included:

We finished with a quiz that asked the students to give their views on who they thought voted to EXIT or to REMAIN in the EU. Over 15 different stakeholders were named and they scored very well.

And then it was time for questions and I was hoping that a new understanding, based on information presented from the UK’s perspective, would trigger new thoughts and perspectives.  The first question was asked and it made me realise that the rest of Europe and beyond may be thinking that the UK might not have considered everything before voting for BREXIT.

The question was, ‘That was really interesting but why has the UK been so stupid to vote itself out of an organisation which seems to benefit so many parts of the country?!’