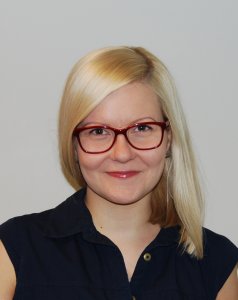 As a response to the increasing corporatisation of higher education (see for example Slaughter and Rhoades, 2004; Starkey and Tempest, 2008; Alajoutsijärvi, Juusola and Siltaoja, 2013), universities have transformed from ‘cathedrals of learning’ to ‘cathedrals of earning’ (Engwall 2008).
Although business schools are relative late-comers to academia, nowadays they globally represent the largest proportion of the academy. Thomas and Thomas (2011: 526) argue that in fact, the modern business school is ‘currently valued much more for its managerial expertise, cash-generation abilities and financial strength than its intellectual strength and scholarship.’ Granted, this transition places new challenges on business school management.

Firstly, the movement of business schools from traditional, collegiately based management arrangements towards executive management structures and processes seems to have created a call for ‘hybrid managers’ capable of bridging both academic and managerial perspectives of the deanship (Kettunen, 2013; Currie, 2014; Davies, 2014). Secondly, the global expansion of business schools has created growing, international job markets for the managers of these institutions, enabling a worldwide search for deanship talent. In Europe, compared with many non-English-speaking countries, the UK represents a forerunner whose leading institutions have succeeded in attracting deans from world-known, top tier schools, such as Harvard (Davies, 2014). Vice versa, the lower language barriers and changes in recruitment culture are likely to indicate greater international mobility of ‘UK-born and raised’ deans as well.

What is more, a global look at the reality of university-based management education reveals even bigger contrasts and complexities. In fact, among the world’s some 14,000 or so business schools, a great majority are institutions that barely fit the Western-based discourse of the university. These contrast with traditional universities that were gradually developed from the premises of science and collegiality, and later on indoctrinated by the New Public Management inaugurated ideas of top-down management, for-profit activities, and prestige buildings through measured excellence. Such ‘corporate universities’ were established as for-profit institutions right at the outset (Alajoutsijärvi et al, 2013).

Having emphasized the diversity among the worldwide management education scene, we define three archetypal organisational contexts of business school deanship (see Table 1). These are: (i) the traditional research university (cf. Engwall 2008, university as a ‘cathedral of learning’), (ii) academic capitalist university (cf. Engwall 2008, university gradually transformed from the ‘cathedral of learning’ into that of ‘earning’), and (iii) the corporate university. The latter represents universities established purely on the basis of earning right from the beginning and sometimes failing the educational promise (Johnson et al, 2003), therefore, becoming something that could quite rightly be referred to as a ‘cathedral of deceiving.’

We argue that the three contexts (summarised in Table 1) provide a template for individuals’ learning, action, and rationalisation, and incrementally lead to the development of a rather permanent worldview. Thus, they serve as a conceptual framework for understanding the underlying tensions business school deans embarking on international careers face when moving between different university contexts. Adopting a contextual approach is crucial since ultimately it is the match between the business school dean’s worldview and the university context that determines the appropriateness, survival and success of deanship. Considering the extremity of the defined contexts, what follows is that while a certain deanship may be successful in one context it could be perceived as unfeasible and highly inappropriate in another.