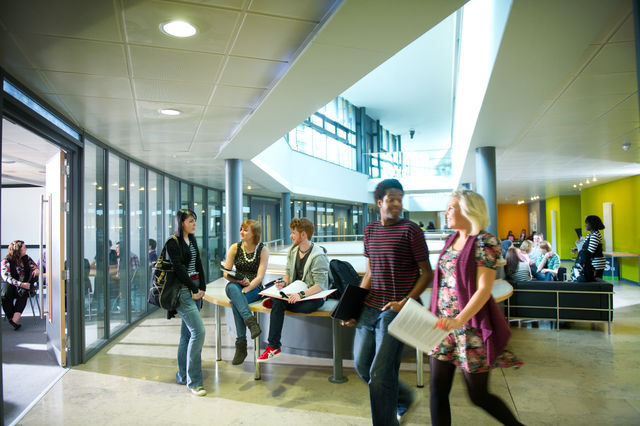 Our report on how Business and Administrative studies students fare after graduation draws promising conclusions in regards to their employment prospects, and when compared with other subjects. The report focuses on our analysis of a study published by the Department of Education, which used experimental LEO (Longitudinal Education Outcomes) data. We also look at some HESA data related to the position of graduates when entering employment.

In analysing the LEO data we found that a high proportion of graduates who had taken courses in Business and Administrative studies were in sustained work only or sustained work with or without further study after graduation, when compared with other subjects. These figures suggest that Business and Administrative graduates are left in good stead by their studies to enter the working world and remain in employment.

In analysing the HESA data we found that Business and Administrative graduates were among the most likely to enter employment as Managers, Directors or Senior officials.

You can download our report here, and below are some conclusions we have drawn from our analysis of the LEO data.

View all Blogs
New update from Bloomberg
Bloomberg have provided a further update on emergency access to their trading terminals.
Supporting transition to online study
Pearson share their latest advice for business schools looking to develop their online teaching.
Helping Businesses Bounce Back – A Case Study from Ulster University Business School
A challenging business and economic landscape has brought a great deal of uncertainty to businesses across Northern…

Research Income for Business and Management 2020
Read our full analysis of the 2018/19 HESA data on business and management research income.
ResearchLeadership
Our response to the consultation on amending the REF2021 timeline
Read our full consultation response.
PolicyResearch
Business and Administrative Studies staff salary data analysed by ethnicity and gender
This report looks at academic and non-academic staff by salary range, gender and ethnicity, based on 2018-19 HESA data.
Research
We use cookies to ensure that we give you the best experience on our website. If you continue without changing your settings, we'll assume that you are happy to receive cookies. Privacy Policy.