How we can open more doors for all students? 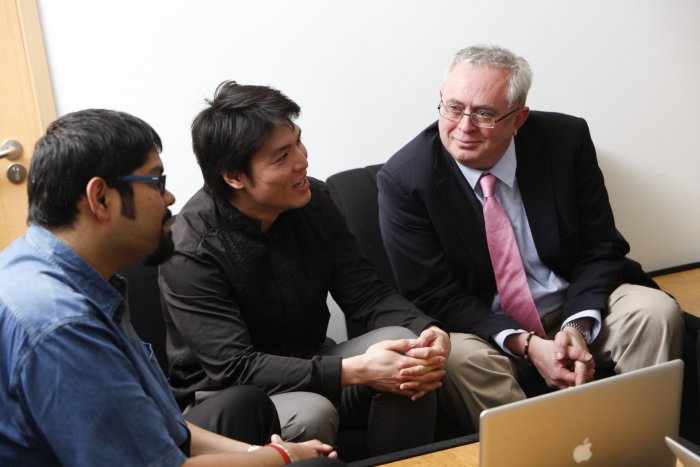 While more organisations talk about the need for new blood and new ideas, the head of the CBI, Carolyn Fairburn has warned that employers are going backwards when it comes to the diversity of recruits.

The Government review by Baroness McGregor-Smith has also recently pointed to discrimination against British Asian and Minority Ethnic candidates in terms of both recruitment and promotion, calling for more transparency among employers on their BAME workforce and setting diversity targets.

Business schools have an essential role to play in helping employers get to a stage where diversity is no longer such a thorny problem, tainted by suggestions of bias and discrimination. The barriers to entry to the biggest employers can be more about the formal processes involved than prejudice about being the ‘right stuff’.

We need to better prepare all of our students, from all backgrounds, to navigate their way through the recruitment maze, and not assume that it’s a level playing-field.

Psychometrics, for example, a tactic used by around three-quarters of graduate recruiters last year (according to the AGR). For the average student who’s been through the grammar or private school route, this kind of exercise in an interview or at an assessment centre will be par for the course. For others it’s alien, unsettling and a reason to fear the whole situation.

Psychometric testing is quick and efficient - but also sifts out graduates with ability who aren't fitting into corporate-shaped holes. The number of graduates leaving their university without any experience of this kind of approach and the tactics and skills involved is growing. Particularly given the surge in numbers of students taking the BTEC route into degree study (rising over 300% between 2010 and 2013).

We can help ensure there’s a basic equality of opportunity by ridding students of what is a common fear of failure, and allowing them to apply for any role they want. At Bradford’s Management School, we’ve worked to embed a requirement that every student will be exposed to psychometric testing, developing their verbal and nonverbal reasoning skills, into every undergraduate programme. We’re not so much interested in their actual scores and progress, just in giving them the knowledge of what’s involved so they can make their own choices about career options. It’s also important, in the wider context of the diversity agenda, that business schools encourage students to be exposed to a diversity of perspectives and characters in the protected space of a university in preparation for the wider world.

Psychometrics testing is an integral part of the recruitment process when it comes to graduate level employment but shouldn’t be used in isolation to meetings, interviews, challenge sessions when seen within a selection process.

Recruiters have been critical for many years of the ‘conveyor belt’ of standardised graduates coming out of universities, the potential of difference and challenge from new perspectives and life experiences. Corporate recruitment methods in themselves aren’t the problem necessarily, but there does need to be more recognition of the issues on both sides; more collaboration to get employers in to meet non-traditional students, the students on courses they wouldn’t normally target, and break open the channels of recruits which continue to be narrow.