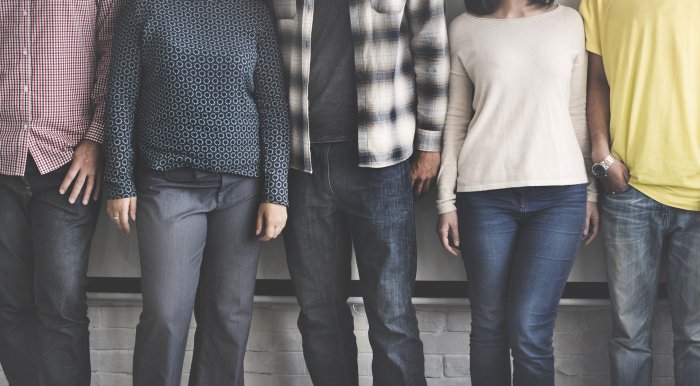 You know the photograph. That one. The one on your programme page on your university’s website that shows what a diverse group of students your course attracts. Smiling students of different gender and different ethnic backgrounds (although not often different body shapes, or physical abilities). But if we looked for visible signs of commitment to diversity in the content of business and management school degrees on your website would it be as easily found?

A BAM funded study by Linda Perriton, University of Stirling, and Carole Elliott, University of Roehampton, sought to answer that question. Their audit of undergraduate and postgraduate courses offered by 112 business and management schools in the UK HE sector has revealed the extent to which diversity is absent from the non-visual presentation of degree programmes to prospective students[1].

Perriton and Elliott found that:

A large proportion of business and management school students will choose their degrees either unaware that diversity will form part of their studies, or will complete their studies without any discussion of diversity issues as a workplace reality. Whilst it is undoubtedly the case that many programmes who do not advertise diversity in terms of indicative content or learning outcomes will, in fact, include such material – and teach it well – it remains masked from the prospective student, and the wider public, as a current management and business concern.

“[The degree] does seem to be marketed as a very mainstream, nuts and bolts of business and management knowledge programme with much less emphasis on challenges, tensions and contradictions, social context and so on (although it is not necessarily taught that way).” Russell Group respondent (no visible diversity in modules)

Institutions that had a high number of programmes that featured diversity in either core or option modules were outliers in the data and skew the average data. The reality is that there is little visible commitment to diversity in the curriculum. The analysis of the data from the 112 institutions suggested that there was no common predictor of where visible diversity content would be found.

Perriton and Elliott’s institutional survey suggests that neither the accreditation requirements of lead professional bodies or international educational quality marks such as AMBA, EQUIS or AACSB act in ways to promote visible commitment to diversity in the curriculum. Whilst Athena SWAN might concentrate minds in relation to the management of staff diversity issues it does not guarantee operationalization at the curricular level or require module content to reflect the wider claims made by the management school about its diversity commitment.

Although approximately 50% of business and management schools advertised diversity content in at least one module they offered, only 33% were consistent and had visible references to diversity at both UG and PG level.  High core module representation at UG level was not replicated at PG level.

The message from the research findings is a simple one.

In contrast, the explanation for why there is an absence of diversity in the public presentation of modules is less straightforward. From acts of omission to acts of commission, and all manner of unintended administrative decisions, individual lecturer preferences, and misguided notions of ‘not scaring the horses’ in between, the combined effect is to obscure where diversity is present in the curriculum. More worrying perhaps is the absence of diversity where it should be found but business and management schools are not in a position to address this issue without first revealing where diversity is being taught. Perriton and Elliott’s study will doubtless help some of those conversations to now take place.

"Linda Perriton and Carole Elliott's (2018) study of gender in the business and management curricula is long overdue and very welcome. Tricia Bryans and I began calling for 'Gender on the Agenda in business schools' in 1999 and nearly 20 years later Perriton and Elliott reveal that little progress has been made! They presented their findings at a recent Chartered Association of Business Schools event on Athena SWAN to a highly engaged audience who were frustrated - but not surprised - at the results.

"Deans make commitments to embed responsible management and corporate social responsibility in their programmes and yet diversity remains, as Perriton and Elliott's study argues, #Invisible.

"Current Athena SWAN initiatives aimed to increase gender equality for colleagues and students in our schools are at odds with this invisibility. Without Deans and Directors' leadership and commitment to include and make visible a range of diversity issues in our modules and programmes we will fail in our social and educational responsibilities to appropriately develop future global managers and leaders." Professor Sharon Mavin, Chair of the Chartered Association of Business Schools Diversity Committee and Director of Newcastle University Business School

View all Blogs
Using social media and technology to improve the student experience
Covid-19 saw a rapid pivot to online learning & teaching. Here, seven business school educators explore how they've…
Learning & teaching in a post-pandemic landscape
In the wake of the pandemic, many educators have noticed a marked difference in their teaching methods. Watch our…
National Student Survey 2022: Results for Law
The Chartered ABS is pleased to present our analysis of the 2022 National Student Survey (NSS) results for Law. This…