Gendered language and the recruitment process – a lesson for business schools 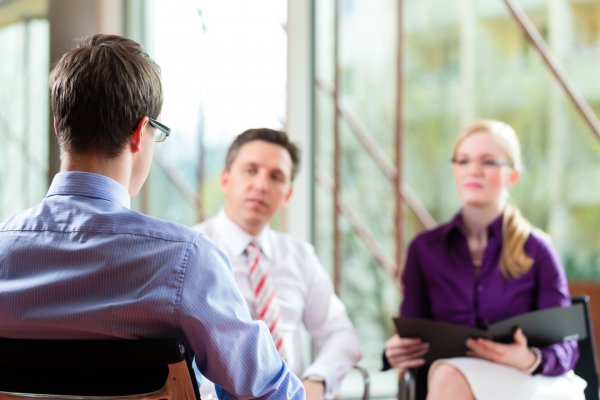 Women’s underrepresentation in leadership positions is a widespread phenomenon and attributed to a number of factors. Business schools are no exception to this challenge and are being encouraged to ensure greater diversity in their leadership roles, particularly through initiatives such as Athena Swan. One area worth consideration, for any organisation, is how the use of language and linguistic forms, especially in the advertisement of vacancies and roles, can shape perceptions about the suitability of men or women for a particular job. Without realising it, we all use language that is subtly ‘gender-coded’. Society has certain expectations of what men and women are like, and how they differ, and this seeps into the language we use. Gendered wording i.e. masculine and feminine themed words, such as those associated with gender stereotypes (think about “bossy” and “feisty”: we almost never use these words to describe men) employed in job recruitment and promotion materials can maintain gender inequality in traditionally male-dominated occupations.  Research has shown that such gendered wording will deter certain applications from applying, for example, women will be put off from applying for jobs that are advertised with masculine-coded language (Gaucher et al, 2011; Horvath and Sczesny, 2016).

So what can business schools learn from this? Perhaps unsurprisingly, women job seekers are more interested in roles when advertisements are unbiased, making reference to both men and women as candidates. In other words, women and men, for example, may equally like and desire a management role, but highly masculine wording used in the job posting reduces women’s appeal of the job because it signals that women do not fit or belong in that job. In this way, qualified male and female applicants are opting out of jobs that they could perform well.  What may seem to be a very subtle changing of words actually has a significant impact.  For example, when job adverts focus on enthusiasm and innovation, instead of aggressiveness and competitiveness, the number of applications from women can rise by 40% (Desvaux et al, 2008).

So how can you ensure that your job adverts contain gender-inclusive words that encourage both women and men to apply?  Asking the following questions when developing your recruitment and selections tools, right from the job description and person specification through to KPIs for the role and the job advert itself, is a good starting point:

Hence, careful consideration of the language used at each stage of the recruitment process would be a significant step towards addressing female underrepresentation in leadership positions.

View all Blogs
Chartered ABS Taskforce report published: Business schools and the public good
The Chartered ABS is proud to publish our Taskforce report on 'Business Schools and the Public Good'. The Taskforce is…
Launch of ‘Perspectives On: Dynamic Conversations’ – call for submissions
As we navigate through a fast-changing learning environment and ensure we are future proofing business education, we…
The REF: is there another way?
In March, staff in Chartered ABS member schools pressed the big red “submit” button for the Research Excellence…

Our analysis of HESA student enrollment data for Business and Administrative Studies 2018-19
Our analysis of the newly released HESA student enrolment dataset for 2018/19 highlights the latest trends in enrolments…
Learning & TeachingLeadership
We use cookies to ensure that we give you the best experience on our website. If you continue without changing your settings, we'll assume that you are happy to receive cookies. Privacy Policy.