Highlights from our Annual Conference 2016 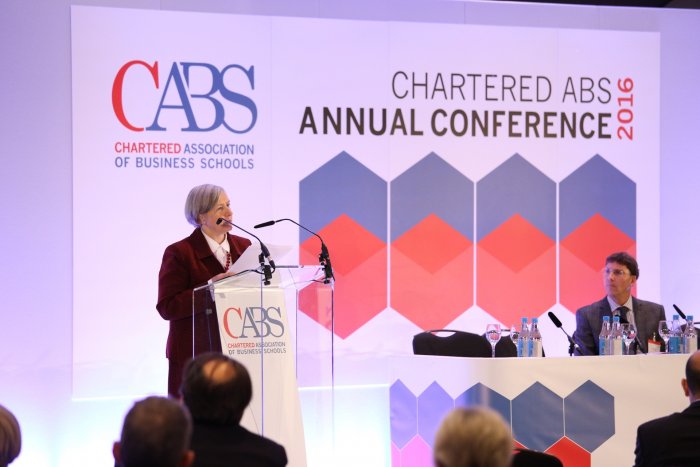 The Chartered Association of Business Schools hosted its largest ever Annual Conference to date on 14 -15 November 2016. Deans and directors from business schools across the UK and other parts of the world came together to discuss current and emerging issues such as Brexit and the new international environment, the TEF, delivering value to local economies, and effective leadership strategies.

Professor Simon Collinson, Chair of the Chartered ABS, opened the conference by highlighting the success of the Association’s activities including lobbying through reports such as the delivering value report, launched in September, which highlighted the social and economic value that business schools add to local and national economies.

Simon also drew attention to the Annual Membership Survey results, published at the conference itself, which revealed early signs of the impact of Brexit. 1 in 6 business schools reported an increase in the number of EU undergraduates not turning up to start their studies for this new academic year. He also emphasised that business schools were working hard to adapt to challenging conditions. The annual survey received global coverage on the day of the conference in the Financial Times (subscription required), the Independent and Times Higher Education. 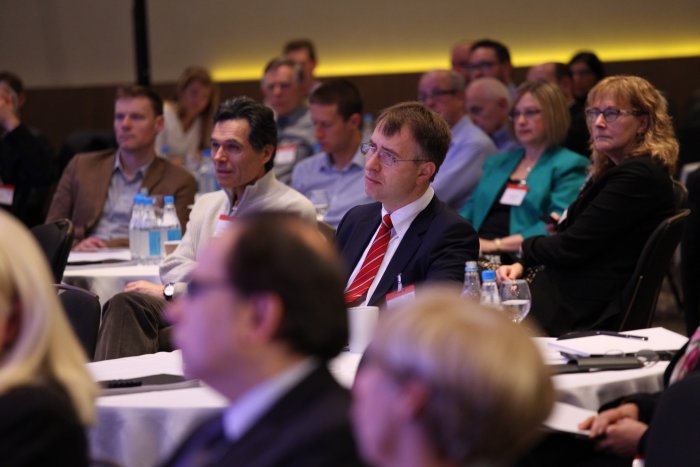 Keynote speaker Dame Helen Alexander, Chair of UBM and former President of CBI, provided a perspective on what businesses require from business school graduates. She particularly stressed the importance of learning goals that encourage student independence and raises their awareness of the business and consumer relationship.

The conference provided an opportunity for important discussion on the current turbulent international environment which was addressed in the panel discussion featuring perspectives from business schools, the UK Council for International Student Affairs and the European University Association. The lively panel debate centred on concerns relating to Brexit and questioned how well UK universities were marketing themselves globally. Dominic Scott OBE, Chief Executive, UK Council for International Student Affairs, commented that though “EU universities are seeking clarification on their relationship with UK business schools post-Brexit…the UK could become increasingly attractive in comparison to the US”. Perhaps every cloud does have a silver lining.

Dominic also indicated that the forthcoming Home Office Consultation could potentially focus on three key areas - visa refusal rates, student departures and a relationship between visas and the TEF.

The second day of the conference was opened by a powerful keynote from Lord Karan Bilimoria, Chairman, Cobra Beer Partnership and Co-Chair, APPG for International Students. Having come to the UK as an international student himself in the 80s, he questioned the current situation in the UK. “Do we have a target for growth for international students? No. We are going to fall behind”, he warned. Highlighting a huge flaw in the Government’s international student policy, he branded the decision to include international students in net immigration figures as “economically illiterate”. He also vowed to table a debate in parliament to highlight the enormous value that business schools deliver to the economy. 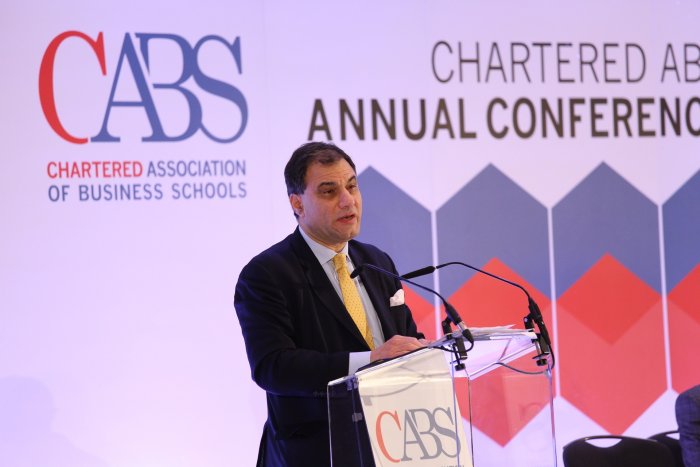 Madeleine Atkins, Chief Executive, HEFCE provided a forward look at the TEF in Year Two. She reiterated that the purpose of the TEF is to “incentivise excellent teaching and to help students make better choices.” The TEF was further explored in the panel discussion in which she featured alongside representatives from the Department for Education and the Higher Education Academy. Iain Mansfield, Deputy Director of the HE TEF and Quality Unit at the Department for Education, stated that, “a subject-level TEF is ultimately the way TEF needs to go” and committed to including the Chartered ABS in discussions on how it would work. Another key area of discussion was whether the gold, silver, bronze rankings could impact not only the ‘global brand’ of an institution but also the reputation of UK HE as a whole. Madeleine Atkins added, “we have to be careful what we do with the TEF so that we don’t stifle innovation”. 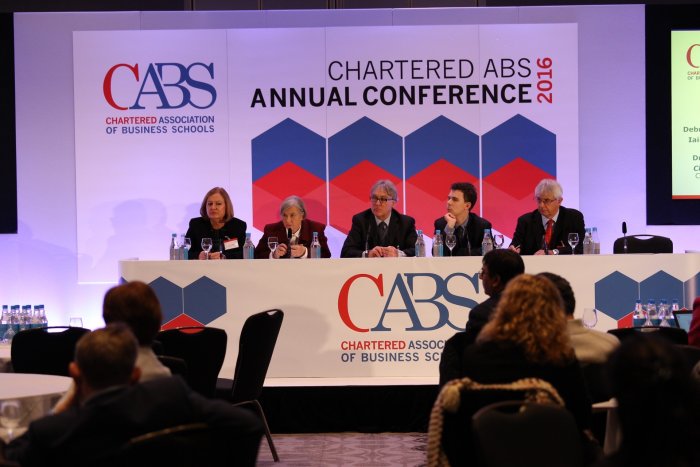 The TEF panel including HEFCE, the Department for Education and the Higher Education Academy.

A new format for this year’s conference was three 2-hour pre-conference workshops to allow for much needed in-depth discussion on key areas. There was a closed-door meeting solely for deans and heads of schools which enabled them to take part in open and frank discussion about the complexities of leading and managing institutions in the current environment; there was a Small Business Charter workshop in which the National Entrepreneurs In Residence Network (NEIRN) was launched and Lord Young presented awards to newly appointed Small Business Charter holders; and there was also a session that encouraged a deep dive into the technicalities of the Teaching Excellence Framework and encouraged participants to prepare questions for the TEF panel on day two.

Throughout the conference delegates were treated to a series of breakout sessions on key areas of business school strategy. In an excellent session on Building Effective Leadership Teams, Professor Veronica Hope Hailey, Dean of University of Bath Management School, reminded the group of the context management teams are operating in - “the era of fortress management schools is 20th century…we must work together with the centre and with other disciplines”. Elsewhere, the CBI’s Director of Employability & Skills, Neil Carberry, challenged delegates in a session on Student Employability and Entrepreneurship to closer align programmes with rapidly changing labour market forces and encouraged business schools to “work with businesses not just teach about business”. Unfortunately, it is impossible to report on all 18 breakout sessions but the feedback from participants has been excellent and we are hugely grateful to all of our speakers and chairs. 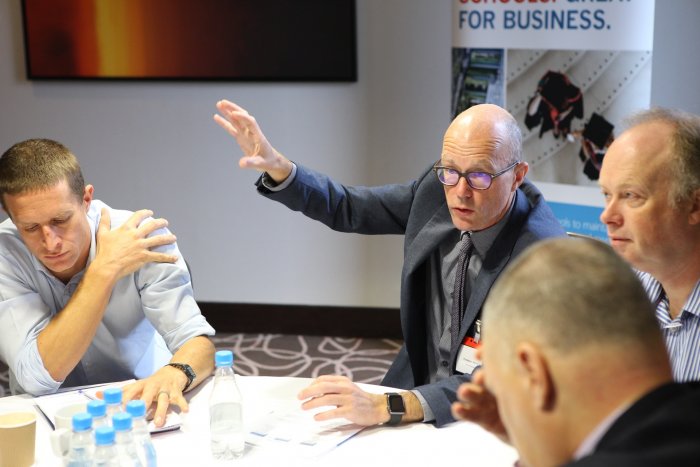 Delegates participating in a breakout session.

Thank you to all those who contributed to the Chartered ABS Annual Conference. Lots of further discussion and debate took place on Twitter throughout the two days using our hashtag #CABS2016 – a great overview of the conference!

We look forward to seeing you at next year’s conference in November 2017. Register your interest for 2017 here.