How do you communicate with students? 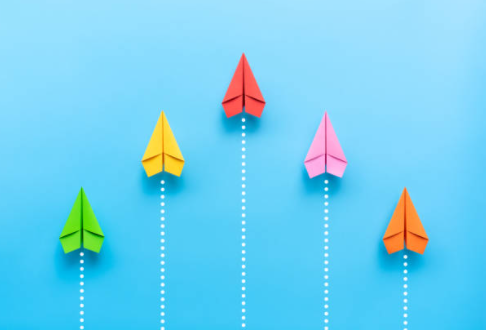 How do you communicate with students? Probably via email, I mean, they should get used to using email, right? It’s still the main form of communication used in business. But how do they communicate with each other? WhatsApp, Facebook Messenger, Instagram Direct, Twitter DMs, Skype? Okay, maybe that last one is a bit old school.

If the pandemic taught us anything it was that students seemed far happier to participate and communicate through social media and direct messaging platforms, often using emojis (or should that be emoticons?) than they ever were speaking in class. Was it because text messaging and using visual indicators are more usual? Do they even see our emails? Isn’t that one of the ways that direct messaging services are superior; that we can see when messages are delivered and read?

Some years ago, before Instagram took off, I ran a closed Facebook group for students at a business school. They signed up with the promise we wouldn’t look at their personal profiles and were encouraged to post and discuss issues online. It meant students got the opportunity to meet even before they arrived at the university, helping with cohort identity, and more importantly, it was easy for them to ask questions, either in public or using direct messaging. It was a great success and it allowed us to monitor general grumbles and, where necessary, to have personal chats with students quickly and without the formality of an office visit. In some cases, it was actually other students who responded to the grumbles, helping promote positive student attitudes.

After that, I tried WhatsApp as a platform for groupwork discussions. The students found it quicker and easier to use, especially as it facilitated virtual and asynchronous participation. It also made it easier for me to monitor activities and to respond quickly when needed. The higher engagement may have been in part because students were aware that the frequency of interactions could be monitored, but it also meant they felt more supported rather than being left to their own devices.

Most recently we have been teaching in Teams and this has also given the option to use chat as way of reaching students or answering questions. I’ve also taken to using a platform called Topia, a “social engagement platform with fully customisable virtual worlds”. It’s where I go when I want my students to be able to drop in to see me, explore, have fun or meet up with friends. It’s simple, easy to use and allows an informal space that students can access as and when they need from any device. It provides space for groups to work together but still be visible to me and I can pop my head into a group without all the clunky interaction of breakout rooms. It also means students can ‘walk’ over and ask questions, just as they might do in a real classroom.

If there are lessons that can be learned from the pandemic then one of them is that communication is key, and while email may still be the primary channel in universities, for many reasons future interactions need to be quicker, easier, more responsive and more in tune with the experience of younger people.

One way is to prioritise student emails, responding to them as quickly as possible so students don’t have to wonder if it has been received, let alone read. I always encourage the students to email questions, as many and as often as they need. If I can, I respond as soon as the messages come in, or as soon as I see them, which is rarely more than a couple of hours later. I ask students to let other students know about the speed of response and then throw the onus back on the students themselves. If they have questions, comments or concerns they need to email. If they don’t they need to own that approach and any consequent difficulties. Am I inundated? No. It is the opportunity, not the undertaking that is important.

The other is to consider alternative platforms that may encourage student engagement through familiarity or ease of use. Not instead of, but as well as.