“I want to break free”: How online breakout rooms have become a modern educational curse 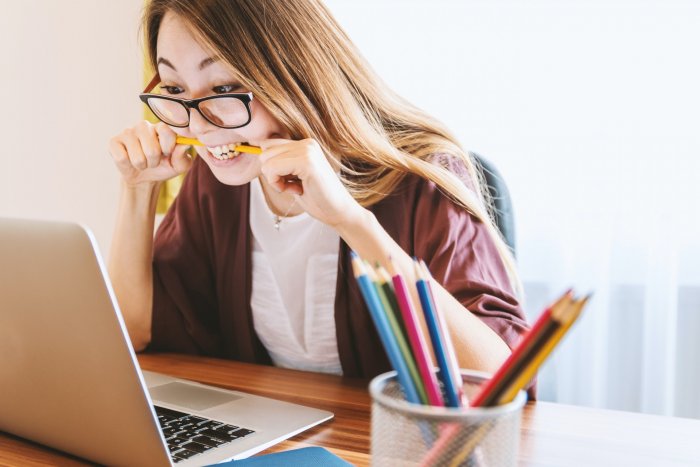 You get in the car, start the engine, press down on the clutch and engage reverse gear. The routine is well established, deeply engrained in your brain and requires only a bare minimum of thought. In the classroom, these routines are set very early on in our career; check for learning, identify miscreants who are wandering off task, keep an eye on the time... again, they help us in our day to days lives as lecturers.

Since the start of the current pandemic, a new routine has become apparent in UK business schools. The rush to remote learning has caused a tidal wave of advice and ‘good practice’ for lecturers. Whilst in many ways this has shown the sector at its best - helping each other, supporting and attempting to put the student experience at the forefront of everything it does - the reality for many students is somewhat different. A typical routine goes something like this: the online class starts, the lecturer imparts knowledge to the group and then, students are dispersed to breakout rooms to interact with their peers, and it is at this moment that there is increasing evidence that things are going wrong.

A recent blog by a student experiencing this new routine raised the point that many students, at best, dislike the idea of being herded into forced interaction in these rooms, and at worst, dread it (Whear, 2020). Their experience has been mirrored by ours when we have researched the views of students on both undergraduate and postgraduate courses. What has not always been reported though, has been a growing resistance amongst business lecturers to the all-pervading view that any session remains incomplete without the presence of a breakout room.

From a lecturer’s perspective it is easy to see why breakout rooms are initially an attractive option with multiple teaching theories stressing the importance of interaction and getting students to indulge in peer learning. As Keith Pond (2020) described in his recent blog, an online community with the interaction that it entails, can be a useful stress-reducing tool. But, what we have found is that once breakout rooms become part of a routine, their limitations become apparent. For lecturers, the ability to continuously scan around the room, checking groups are engaged with the task is lost as you can only be with one group at a time (this is particularly difficult when working with the large cohorts many business schools have reported). We have witnessed colleagues becoming increasingly anxious when they feel students are not engaging in the rooms which leads to a breakdown of the session and of course, it is very difficult to get the students “back in the room,” in all senses, if that happens.

Whilst lecturers have grown increasingly aware of the problems of using breakout rooms, students’ complaints have become increasingly vociferous. In common with Whear (2020), many have complained about the forced interaction that breakout rooms assume and a feeling of how being placed into a group with random others can lead to anxiety, a feeling exacerbated in Level 4 and 7 study where students might never have physically met their peers. Many students we surveyed described the rooms as ‘awkward’ (often abbreviated just to ‘awks’) with little interaction and cameras (and sometimes mics) switched firmly to off.

So, what is the solution for business schools?

With very limited alternatives, many of us promoted the use of breakout rooms, perceiving them as the best virtual replication of working in small groups in the classroom. Quickly however, the limitations became apparent, so much so that on many Level 4 (and some Level 7) programmes here at Liverpool Business School, they have now been completely abandoned. Given that making peer to peer connections at the very outset of your university studies is seen as a key foundation of helping students progress in their studies, we have been keen to encourage this whilst not making the mistake of only using breakout rooms. After all,if teaching were face-to-face, we would use lots of different approaches to promote a community for learners.

A number of techniques have worked well in helping foster an organic community amongst students, not the forced engagement created by breakout rooms. We are keeping the students together far more and helping them to get to know each other by saying names frequently – ‘Hello Amy, Hello Sultan’ has become a mantra – and we have also been going round the “room” again at the end saying goodbye. Whilst not putting undue pressure on, we have encouraged students to unmute and requesting cameras on to say hello and goodbye.  This acts as a gentle, non-threatening introduction for students and when they feel comfortable with this, we have been encouraging interaction on the Zoom chat with each other, talking students through how to set up Teams study groups, as well as promoting student led social media groups. With no on campus face to face teaching here yet, we have not set any “group” tasks for Level 4 – it feels too early. Switching cameras on still remains a step too far for some – smaller groups with gregarious individuals do influence the less confident which can result in all cameras on but we are also still experiencing groups with no cameras on .

The message has been that small steps are needed to build a community amongst students. Instead of forcing interaction through breakout rooms, students have been encouraged to interact on their own terms. Saying hello and goodbye might sound like a very small step forward, but the significance of turning on cameras and mics should not be underestimated. Lecturers have been encouraged to act as the facilitator of this process so they signpost to events such as regular ‘Town Hall’ gatherings where students can attend and interact. Interaction is strongly encouraged but unlike the forced interaction inherent in the use of breakout rooms, interaction has been done in a positive, student-centred manner that means that it is not seen as a threat, instead it is seen as a support.