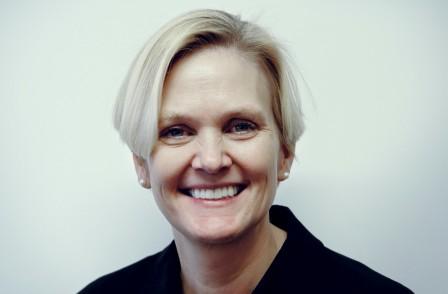 We want an incoming government to Remove international students from net migration targets. Professor Nora Ann Colton explains why UK business schools, students and the economy, will benefit from a change in legislation.

The UK government has committed itself to reducing net immigration to below 100,000 annually by 2015. Unfortunately for United Kingdom higher education, international students remaining in the UK for longer than 12 months are officially counted as migrants. One of the reasons that immigration is positioned as such a political hot topic in the UK is that there are frequent claims about migrants taking jobs that British youth and school leavers could fill. However, like most charged topics, the picture is much more nuanced and complex than many of the political and media commentaries lead us to believe, particularly when it comes to business school students.

In the past two governments, we have seen the introduction of numerous changes to policies around higher education institutions sponsoring Tier 4 students and the point based immigration and visa system. This stream of new policies has meant that many business schools have found themselves on a rollercoaster when attempting to accurately forecast and sustain international student recruitment and numbers. Some business schools have had to close some post-graduate courses. Yet, in spite of these changes many business schools have proven quite resilient by doing what business does best – adapting and pushing forward with new and innovative ways with which to sustain income streams and students. Business schools across the UK have adapted their programme offerings in an attempt to allow international students the maximum chance for enrolment. Two examples of innovations in this area can be seen with changes in the academic calendar and the emerging significance of London locations. Where traditionally the norm has been to have students join a programme of study once or twice as maximum in a year, a number of business schools now operate year-round teaching and some have moved to block delivery of modules. The hope is that by having more opportunities for international students to join a programme, they can combat the issue over delays applicants face in securing UK student visas from embassies that are backlogged with applicants. Another example is the increasing number of business schools that are locating away from their main regional campus and setting up a London based facility. The government has made it more difficult for post-graduates to secure post-study work opportunities so that business schools now look to build such work experiences into their curriculum and London is a much more attractive setting for international students to gain work experience as part of their programme.

Yet, there are key international recruitment markets that have declined at an unprecedented rate in spite of these proactive responses by many business schools. In spite of an almost doubling of international students to business and management programmes between 2002/3 and 2012/13 according to HESA tables, we are now seeing a decline. There is a significant decline in numbers of students from Pakistan, India and Bangladesh respectively between 2011/12 and 2012/13. Chinese students who have historically made up an estimated 40% forty percent of all international students in business and management also started to see a drop in 2012/13.

Although not all business schools are affected equally, these changes have impacted the composition and size of many incoming classes. Conversely, this situation has not only meant that business schools are using different business models to maintain their student numbers, but that many have been forced to shut down programmes that many UK students also benefited from. In addition many Business Schools have moved to offer fewer optional modules particularly on post-graduate programmes. The consolidation of business programmes and international students in London has also had a negative impact on main campus sites and local economies, which is at odds with the local growth agenda which business schools are well placed to support. The cumulative impact of these tactics does not necessarily bode well for a country that has been seen as offering the best not only in business education, but in business research and consultancy historically.

We need to be careful as a society not to get so burdened by the numbers game that we forget what the mission of UK Business Schools has been and can continue to be. The UK still has a number of world ranked business schools. We are still only second to the United States in the number of international students we attract each year. This soft power has all kinds of spill over effects not only for educating the world on UK business practices and approaches, but in terms of ensuring that British business schools are cosmopolitan places through a student body made up of students from all over the world. One of the reasons international students want to do a MBA in the UK is because of the significantly enhanced networking opportunities they gain. A business school student in the UK truly walks away from the classroom into business with a global perspective and a global address book.

A globalised business education platform for the UK must in turn lead to improved productivity and growth which comes back to Britain in terms of increased exports, tourism and use of our services. We have recently cheated ourselves of another positive impact by effectively making post-study work opportunities harder to come by. Although there are those who worry those international students who stay on after their post-graduate education will take jobs from British citizens, it is simply not true. Allowing them to stay and work here means that they increase the productivity and growth of the British economy. This situation has a multiplier effect in terms of increasing our gross domestic product as well as expanding our economy often in areas that we would not have had a competitive advantage without this international labour pool. This situation means that international students don’t just take jobs, but they create jobs that can be filled by qualified individuals legally able to work in the UK.

International business students are worth more than just the value of their tuition and their place at University. They are an important part of ensuring a future not only for themselves, but for the economy and British society as well.