Knowing when to step down: A personal reflection 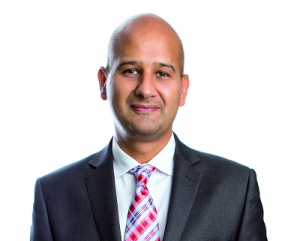 The question about when to step down from the deanship is a tricky one but the answer is almost certainly ‘before you are pushed.’ For me, the moment was clear to see, not when I was pushed, but rather when I knew it was time to step down. I had just completed seven years as Head of the Brunel Business School during which time we had made a marked improvement in the National Student Survey (NSS), Employability Benchmark Survey (DHLE), research student population, and research culture.

So, what else to do when you are now headed in the right direction? The big step changes were behind me and the future looked set to be a slow grind up the league tables. I was, however, awaiting one outcome which was the result of the 2013 Times Higher Business School of the Year award. I remember my father (who was a keen cricketer) telling me as a child, ‘always leave at the top of your game.’ So, I promised myself I would step down as Head if we won the award.

Shortly before the award ceremony (November 2013), an opportunity presented itself to go to Kazakhstan, where I had cultivated very good relationships with the Ministry of Education funding programme (Bolashak). The delegation would be led by the former Minister of State, David Willetts. How could I possibly refuse? But of all dates, it would clash with the award ceremony.

So, do I accept what I know will happen (the visit), or decline to attend an award ceremony where we had been shortlisted as Business School of the Year (but with no certainty of winning)?
Decisions, decisions!
I decided to go to Kazakhstan in the end, having previously accompanied David Willetts on a mission to the Gulf region, earlier that year, when I had learned how valuable these trips can be.

To my surprise, I learned during the flight that the Minister of State had accepted to deliver a welcome speech at the THE gala event, which he did having pre-recorded it earlier that week. At around 3am (given the time difference) on the evening of the award ceremony, my phone and emails started going into overload. I received news that Brunel Business School had indeed won the award. I duly shared the news with David that morning at breakfast, accompanied by much laughter.

True to my ‘inner’ word, I duly stepped down as Head of the Brunel Business School some weeks later with the full support of my Vice-Chancellor (Professor Julia Buckingham) to re-energise myself during a long deserved sabbatical.  As Head, I had done a lot of travelling so did not fancy long spells away from home, and was keen to do something different and make an unusual impact in whatever I decided to do. I then found myself as a Senior Policy Advisor in the Cabinet Office having presented a case of how I could make an impact to a sympathetic Government sponsor. Following countless interviews and security clearance, my application was successful and I then spent most of 2014 working in Whitehall. The opportunity to work in the civil service has provided me with a whole new lens through which to view myself and others, recognising that there are many similarities (and of course differences) between what we do as academics and what is done in and across Government. They are collegiate, hardworking, and totally committed to their cause and the Government agenda. Does this sound familiar?

Not wanting to let opportunity slip by (and recognising that I am and will always be an academic, as well as being driven by my inner ambition!) I applied for the post of Dean of College (Business, Arts and Social Sciences) back at Brunel. This was a new role that emerged out of a restructuring activity while I had been away. Having been back at Brunel a month, and sharing it with an advisory role in Government, I am already setting out the direction of the new College, drawing on lots of valuable experience gained in the Cabinet Office. No doubt, over time, I will work out when it’s time to try something totally different again!