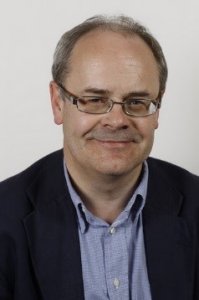 By way of background, academia is for me what one of my American colleagues once called an ‘encore career’ – I came to the LSE six years ago after 27 years at the professional services firm, PwC.

While I had various management roles at PwC, latterly as global leader of the human resources services practice, at the LSE I am in the privileged position of being an observer (and occasional adviser) on matters of leadership; the responsibilities and stresses of office thankfully lie elsewhere.

From the beginning of my time in academia, I have been aware of similarities between leadership in a professional partnership and leadership in a business school or management department. Professional services firms have partners who are high achievers, they are generally highly intelligent, often very competitive, more often male than female, hard to sack, and they think they own the place (technically they do). Business schools have professors who are generally highly intelligent, they are often very competitive, more often male than female…, and so on. Professional services firms have associates who aspire to become partners. Universities have associate professors who aspire to become professors. Both business schools and professional services firms are, to use familiar jargon, ‘people’ businesses, dealing with intangibles, and creating value in the form of ‘knowledge’ assets. There are, of course, important differences, not least the profit motive and the levels of remuneration. Nevertheless, it is my belief that many of the leadership skills practised (by some people) in professional services firms are equally appropriate for leaders in universities.

Some years ago, while still a partner at PwC, I wrote an article in an academic journal, the Journal of Change Management (perhaps a harbinger of my subsequent career change), in which I attempted to articulate the model of leadership that I had come to believe was particularly suited to professional services firms. The article, entitled ‘Leading professionals: A science, a philosophy and a way of working’ drew upon ideas from complexity theory (the ‘science’ referred to in the title of the paper), Greenleaf’s (1970) concept of ‘servant leadership’ (Spears, 2003) (the philosophy) and Harvard Business School professor Joe Badaracco’s (2002) ideas about ‘leading quietly’ (the way of working).

Complexity theory postulates that agent behaviour in a system is governed by a set of simple rules, that small changes can have large effects, and that when faced by a compelling threat complex systems move towards the edge of chaos, evoking higher levels of mutation and experiment than previously, and when fresh solutions are more likely to emerge. In other words, strategies and solutions often need time to emerge, rather than being forcibly ‘designed.’ The characteristics of a servant-leader include a deep commitment to listening to the views of others, empathy, persuasiveness and a commitment to the growth of people. The principles of leading quietly include buying time, investing your political capital wisely, drilling down into the details of a particular situation, being prepared to bend the rules where this is necessary in order to find a practical, workable solution to a problem, being prepared to nudge, test and escalate issues gradually, and knowing how to craft a compromise.

So my advice, for what it is worth, is that a leadership approach based on servant-leadership, leading quietly, and complexity theory might work well in the business school environment. It is not the only way of doing things, yet it might appeal to academics, and is eminently ‘teachable.’ So I commend it to you (…and you might also like to read my 2003 article in the Journal of Change Management!)