Learning and “leanness” in the information age 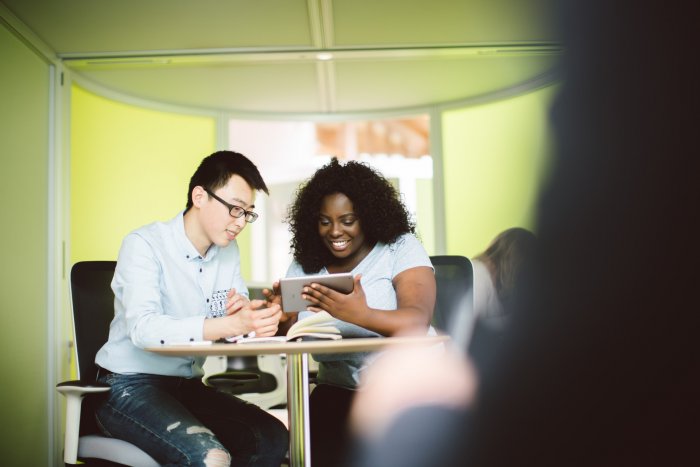 I delivered my first lecture in 1979. Aged 27, I was beset with a mixture of genuine passion for the topic and unbridled dread at the prospect of students failing to share my enthusiasm.

An attack of pre-debut nerves led me to write out by hand nearly every word of what I intended to say. This act of labour alone tells us that it was a different era. There was no internet. There were no laptops, tablets or smartphones. There was almost no student evaluation of teaching. My peer mentoring essentially amounted to a warning that the lecture theatre’s steps alternated between small and large and that any effort to negotiate them at speed might see me arrive at the lectern head-first.

I started as planned, launching into an analysis of the longer-term implications of exponential economic growth. I reckoned this to be fascinating stuff, but after 10 minutes or so I became acutely aware of a wall of blank stares and unmoving pens. It was only when I abruptly switched to an off-the-cuff summary of course components and exam structure that the scribbling commenced.

Looking back now, I cannot help feeling that the incident touched on a maxim that has stayed with me throughout my academic career: “Learning is experience. Everything else is just information.” Let me try to explain why this sentiment may apply more today than ever before and why business schools should play a major a role in ensuring that it is hammered home.

I entered academia at a time when didacticism was undoubtedly the dominant form of teaching and learning. The lecture theatre was the cradle of this tradition, which was firmly rooted in the age-old notion of academics elucidating and students dutifully taking notes.

Yet I had already partially rebuffed this archetype during my own note-taking years. I developed what might be politely described as – to borrow the parlance of business – a “lean” approach to learning. I was deliberately selective. I was ruthlessly efficient. Rightly or wrongly, I prided myself on an ability to identify and focus on just enough key facts to convince people that I knew what I was rattling on about.

Even if unwittingly, I thus came to prize a well presented case over a case saturated by superfluous content and indulgent references. I reasoned that others’ preference for the latter could frequently be attributed to a desire to conceal the former’s absence. Quality of argument, I decided, should take precedence over quantity of information. One is an exercise in knowing how; the other is an exercise in merely knowing about.

It may be that something not entirely unrelated was in my students’ thoughts during the opening minutes of that first lecture. To put it bluntly: they were not going to make a note of anything until they could be absolutely sure that it would be worth their bother. Were they, too, in their own way, erring on the side of “lean”?

Such an approach should not be equated with so-called “strategic learning” – the practice of trying to game the system by determining the subjects covered in a previous year’s exam and betting that the following year’s will not be the same. Such a ploy is inherently characterised by risk, and what is being discussed here is something quite dissimilar.

In this instance “leanness” stems not from a calculated lack of application but from a commendable recognition of what separates the simple amassing of facts from the actual analysis of what they mean. Today, with the overwhelming majority of humanity’s knowledge literally at our fingertips, an appreciation of this distinction might be of unprecedented importance.

Facts, after all, are nowadays so easily obtained that it is sometimes tempting to wonder if there is significant merit in absorbing them. Instant online recourse to an enormous epistemic base means that “knowing” is not what it used to be. What matters is construal and interpretation – the art of making sense of the near-bottomless reservoir of information that we now have at our immediate disposal.

This recalls another maxim that has guided me throughout the past four decades: “I hear and I forget. I see and I remember. I do and I understand.” And this, in turn, brings me to a welcome trend that has increasingly defined higher education in recent years: the realisation that immersion and experience are among the most powerful learning tools.

The old, the new and the way ahead

Since the early 1990s there have been some laudable attempts to move learning more towards the sort of tangible skills likely to be needed after graduation. Business schools have made especially positive strides – for example, by exposing students to the realities of entrepreneurship. This shift has led to much debate about the appropriate balance between academic and applied study and, by extension, between explicit and tacit knowledge.

Despite their anachronistic qualities, lectures still represent an essential mechanism for communicating course content. Even in the face of wave upon wave of technology-driven change, didacticism remains a fundamental means of imparting both knowledge and, crucially, understanding. But what has changed since I first stood at a lectern is the degree to which academics and students alike must separate the genuinely insightful from the routine airing of facts that may mean little in isolation and which could in any event be easily accumulated elsewhere.

Experiential learning is notably different in this regard. It takes students much further into the realms of construal and interpretation. It encourages them to connect the dots. It shows them that all the facts in the world are practically useless if the person who has them to hand cannot grasp how they relate to each other and how they combine to make new facts. It demonstrates to them that the key to sustained success usually lies not in reiteration and replication but in thinking.

This, I believe, is where “leanness” has its place today. Students have invariably taken in or rejected course content as they have seen fit, and the question of what truly adds value to their education is more pressing now than ever. One of the most substantial challenges facing academia in the 21st century is to harness the power of the information age rather than allow it to render redundant much of the so-called learning process. Going forward, the most effective curricula are likely to be those that are honest in their appraisal of what students can find out for themselves and which accordingly place much greater emphasis on closing the still-gaping chasm between “knowing about” and “knowing how”.

Martin Binks is the former dean of Nottingham University Business School and a Professor of Entrepreneurial Development at its Haydn Green Institute for Innovation and Entrepreneurship.