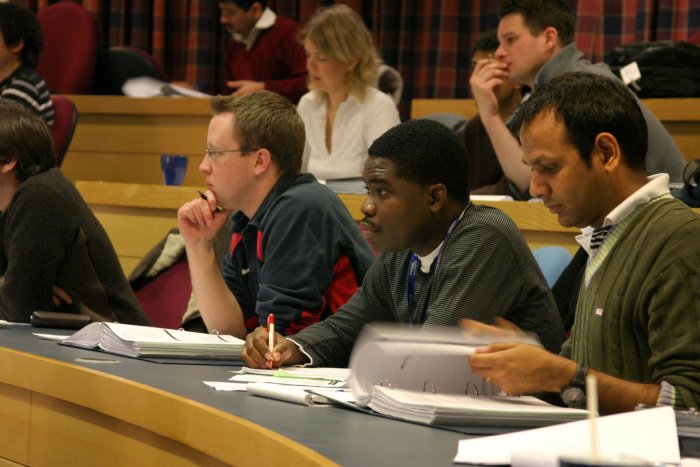 How do managers feel about becoming an apprentice? The Oxford English Dictionary defines an apprentice as “a person learning a trade from a skilled employer for a fixed period at low wages”. So if you’re looking for work or are early in your career, perhaps there’s no problem. But what about if you're a senior manager who is used to lavish executive development retreats and qualifications with kudos?

It's a real issue for business - because it’s going to be among managers and more experienced staff that many of the UK’s large employers will be looking to get the biggest bang from their Apprenticeship Levy buck.

The Institute for Fiscal Studies doesn't think so, criticising the rapid expansion of apprenticeships as "poor value for money", saying it would encourage larger numbers of vocational trainees but lower quality in terms of experience and outputs. And a surprising number of companies I've spoken to recently intend to simply write off the levy as just another tax. What a colossal waste of opportunity and money! The real benefits will come from developing existing employees. The ability to provide ‘apprentices’ at Master’s degree level (level 7) will encourage companies to fill chronic skills gaps in the ranks of their middle and senior management, and in senior technical positions – the engine room in any organisation.

There’s a serious mismatch when it comes to the branding. If you're an experienced manager, even when the level of the qualification is set out plainly, the suggestion you should be signing up to an apprenticeship will inevitably lead to some confusion and even consternation. Recent graduates, for example, might think something has gone wrong in their development plan. We tend to see our learning and development in terms of its impact on our personal status or perceived status, that’s the issue. Personal development is part of the reward system of any organization, particularly when it involves prestigious qualifications and prestigious providers that relate directly to progress into leadership.

Apprenticeships, at least for the moment, lack value as a currency, and that needs to change fast. Some new language is needed - for example, at the university we're using the idea of ‘Masterships’ as an alternative branding for managers; making the level 7 apprenticeship experience the same as that for any other postgraduate participating in executive-style education, the same admissions process and equivalent requirements in terms of qualifications and/ or experience; and joining up the apprenticeship offering to a prestigious executive MBA in partnership with Grant Thornton UK LLP.

The introduction and wider take-up of apprenticeships at degree and Master’s levels are likely to turn out to be a critical development in terms of transforming attitudes to vocational education as a whole. And they will play a huge role in upskilling the workforce and improving productivity – still a real problem. The introduction of the Apprenticeship Levy could ensure employers are a step closer to getting UK productivity in line with that of Germany, where the technical or vocational route is at least as prestigious as the traditional route through university to employment. To get there, employers will need to start looking past the apprenticeship label, and it is business schools who will need to play an active role in the re-branding and re-positioning of the apprenticeship offering.