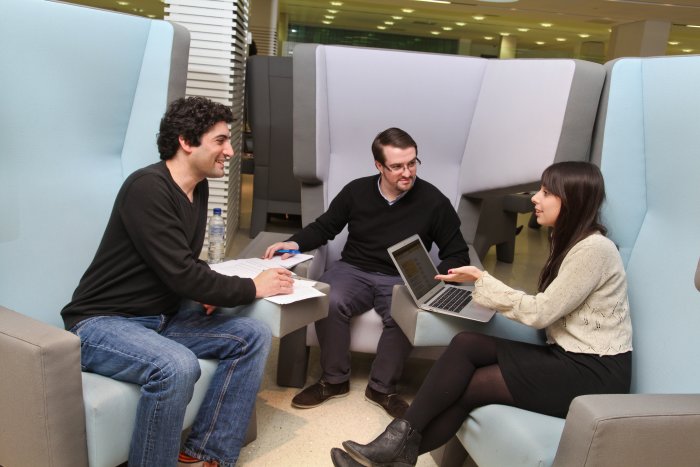 It is frequently remarked that driving lessons enable you to pass your test but do precious little to prepare you for the reality of life on the roads. Your finely honed habits are all well and good when it comes to executing a perfect three-point turn on Acacia Avenue, but their relevance appears at best questionable and at worst non-existent when you triumphantly toss aside your L-plates and head into the chaos of the North Circular.

Much the same disconnect can sometimes be found in how business schools teach leadership. We too often equip would-be leaders with skills that, though they help secure the desired qualifications, are fundamentally removed from the trials, tribulations and opportunities that await in the “real world”.

This failing is in many ways rooted in denial. The outmoded idea of leadership revolving almost exclusively around status and power is still widely cherished by business schools and even some students. We continue to fuel the fantasies of those who yearn to become richly rewarded “masters of the universe”, even though few will ever scale such dizzying heights and those who do, are nowadays, likely to find scant evidence of the clichés that inspired their ambitions.

The truth, however uncomfortable it might be, is that the very nature of leadership is changing at speed. There is a natural and irresistible transfer of responsibility as the “front line” accelerates forward. With technology advancing at an unprecedented rate and trading and organisational conditions in a state of constant and unpredictable flux, leaders risk being left behind to make wrong decisions from a distance.

As a result, success in leadership terms now increasingly reflects an individual’s ability to delegate while maintaining influence. Old-fashioned leaders who identify purely with authority, control and recognition are less likely to tick this box, which is why the attributes and motives of many of those who sought leadership in the past – and, indeed, many of those who seek leadership now – may be damagingly inappropriate.

Of course, there is nothing especially novel about the need for a greater emphasis on qualities such as empathy, trust and self-awareness. This has long been a subject of debate, and these and similar traits became the focus of curriculum innovation in the early 1990s and again after 2000. Yet there has been a tendency – one occasionally reinforced by students’ own expectations – merely to pay lip service to such characteristics while ultimately perpetuating the leadership tropes of yesteryear.

A significant obstacle to overturning these stereotypes is that the likes of status and power have an indubitable appeal. The likes of empathy and trust sound ephemeral by comparison. Our task is to convince both ourselves and our students that the leadership landscape is being redefined so rapidly, so dramatically, that these once-unshakable precepts now barely apply.

With this in mind, one goal I believe is vital to pursue is the engendering of better and more dynamic judgment. This will be crucial if the leaders of today and tomorrow – and, just as importantly, the people they lead – are to deal effectively with the ever-expanding array of travails and opportunities that the ceaseless churn of 21st-century business generates.

How might we bring this about? How can business schools shape students’ instincts so that those destined for leadership roles will be able to accommodate change and avoid defaulting to specific decisions based on obsolete rules of engagement?

As I have noted before, it is dangerous to assume our students will enthusiastically explore the workings of business – less still comprehend them – in the absence of both a strong sense of history and an adventurous imagination of the future. The present is only part of a much bigger picture: prelude and aftermath are equally significant, if not more so, in understanding how decisions are made in practice and how the underlying processes can be improved.

Extending this argument beyond temporal horizons, we need to train our students to contemplate leadership decisions with reference to all the available options rather than only those close at hand. They should be encouraged to think loosely and broadly, to shun the lure of quick fixes and hasty conclusions and to be flexible without being vacuous. This requires a more systematic approach and a realisation that answers might lie beyond current experience; it also demands an acknowledgment that solutions and innovations can be radical as well as incremental. This is the essence of creative problem-solving.

Thinking of this kind has obvious merit when inclusive concerns such as distance, delegation and self-awareness are forcing their way to the fore and egotistical considerations such as authority, control and recognition are being pushed into the background. Open-mindedness is supplanting blinkeredness; the ingenious is replacing the knee-jerk. Business schools have long been conscious of this shift, and full acceptance of its seismic repercussions is now well overdue – as is a suitable response.

This is why I feel it is time to embrace creativity and the promise it holds – and, in tandem, to abandon one-dimensional notions of progression. Teaching leadership is not about getting people through their exams: it is about readying them for careers punctuated by enormous challenges and near-permanent uncertainty. The gap between the skills our students are taught and the skills they actually need will only grow more alarming unless this rebalancing occurs; and until then the leaders we produce, like the terrified tyros on the North Circular, will go on plunging into an environment whose relentless exigencies are shockingly unfamiliar to them.

Professor Martin Binks is the former dean of Nottingham University Business School and a Professor of Entrepreneurial Development at its Haydn Green Institute for Innovation and Entrepreneurship.