What are the opportunities for business schools in the Brexit negotiations? 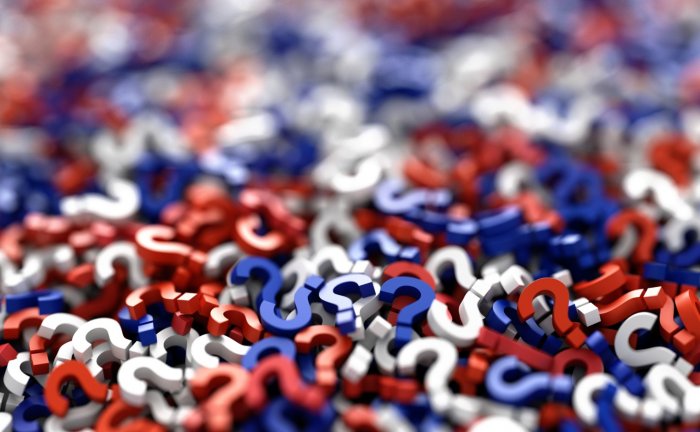 Much is at issue in the negotiations surrounding the UK’s departure from the European Union, and the academic community will debate and hopefully inform and influence the process to ensure obvious pratfalls are avoided. This hope may be forlorn if the Government’s travails in the High Court and the Supreme Court are anything to go by – few with an understanding of the legal system or how the UK constitution operates were much surprised by the decisions reached in court on the way to start the EU-leaving process. In fact, there was some confusion as to why the Government was contesting a case with such unlikely arguments. It is then for business schools – alongside business associations – to do better at getting central Government onside to shared interests and priorities.

The risks to business schools are easy to identify. Student numbers and the impact of even tighter immigration controls, access to academic talent as another consequence of such controls, access to research grants and a generally isolationist environment are just a few of the various concerns raised. Well connected internationally grounded schools no doubt have an excellent platform of partnerships and contacts that will still be there whatever happens to the UK’s trading relationships. But this won’t be true for all schools, and even the best connected schools raise concerns about what will follow Brexit – for themselves and for the UK economy. And the changing tone in the student market may not just be a problem for overseas – and now including EU – recruitment. If the politics of the process results in a more insular-looking UK, home students will perhaps be less drawn to business programmes in general.

So business schools have much to argue for, and will be stronger in doing so together. It is great to see the lobbying Chartered ABS is doing on student numbers and immigration control policy, and I am sure many schools will welcome more representations like this from the Chartered ABS.

Can we debate what business schools will need as the framework of the UK’s new relationship(s) with the EU starts to take shape? Much is made in Government of a reorientation from the EU towards the global economy. Should courses be offered that prepare students interested in finding and developing new markets? Current Government thinking, despite the pronouncement on the global market, seems to be drawn towards alternative trading blocs, with deals sought with the US, China and India once we are ‘free’ of the constraints imposed by negotiating as part of the European Economic Area or Customs Union. Business schools are well placed to develop and share understanding and knowledge of these trading blocs, in negotiations with them and in the way in which trade is supported. But presenting trade as a binary choice between the European bloc and other trading giants somewhat underplays the ambition of a UK economy striving for new market development. And in any case I wonder if we could not do more to improve understanding of trading blocs generally since swapping EU standards for US ones can hardly be the outcome all Brexiters want. All in all, in this mix of stated Government aspirations for the future, business schools can contribute much in terms of perspectives on new markets, perspectives on new relationships with existing trading blocs and perspectives on the relationship between trade and trading rules supported by international agreement.

Most pertinently to business school expertise, there is a very small minority of policy-makers, commentators or even casual observers who think the economic position and future trading negotiations affecting the UK will be easily resolved. A period of uncertainty is the widespread expectation, and few expect this period to be resolved any time soon after the formal start of the process of leaving the EU. Research and specialism in risk and risk management has always been a business topic but perhaps business schools can articulate something specific for businesses and perhaps even courses for students. At the very least, it would be refreshing if the language of risk management could be used to counter accusations of moaning by those lacking the proselytising spirit of the leavers.

The challenges of Brexit will impact the UK for years and perhaps decades. Dealing with the ramifications could actually lead to new programmes and will certainly require a better understanding of trade opportunities. Some suggest the vote for Brexit, then the election of US President Trump, and the electoral prospects of populist movements in France and the Netherlands, all form part of a pattern, and a changing popular mood. A more clearly defined hostility to globalisation or a reaction to open borders and free trade is suggested as a common thread explaining this electoral climate. Whether the world is becoming hostile to the idea of trade is moot. If this is a viable explanation both of what has happened and what is likely to be the popular will for the immediate future, there is still much uncertainty as to what outcomes to the anti-globalisation changes will be popular. There is, for example, a remarkable inconsistency between the advocacy of free trade and the erection of barriers to the movement of people, with both positions being the UK Government’s stated responses to the Brexit vote. Business schools have an opportunity to help argue for the benefits of trade and to suggest solutions to the negativity that may or may not be associated with current trading systems. If the political decisions of 2016, and the ongoing debates in France, the Netherlands, and Germany coinciding with their own elections, were caused not just by sentiments about trade but were somehow more specifically about the regulation of it, or the over-regulation of the business and working environment, Business schools are extremely well placed to lead discussions on what level of regulation is needed for business.

However the EU exit process plays out, there will be a great need for understanding of both legal frameworks and the business environment. This suggests an opportunity for studying both law and business and not just to avoid the surprise of a predictable, lost case in court. Businesses in the EU have adapted to a substantial set of laws and regulations, most of which were closely associated with the construction of a single market.  Adjusting to the loss of those requirements in the UK cannot mean a return to the pre-EU days, because the world has long changed and in any case trading standards will still apply. Business leaders who can juggle an understanding of what trading rules are alongside popular concerns about either too much regulation, or alternatively too much free movement of people, are likely to be in demand. And excellent negotiating skills are likely to demand quite a premium both in business and in Government for a number of years to come.

Professor Matthew Humphreys MBE is Dean of the Royal Docks School of Business and Law, University of East London. He is also a Professor at the University of Notre Dame and a visiting fellow at MCI.
Follow him on twitter @Matthew_EC1

View all Blogs
Chinese graduates: the employability disconnect
As more and more Chinese students study internationally, business schools must look at how they enable graduates to…
The Double-Edged Sword of COVID-19 and the New World of Work in Academic Institutions
Is Covid-19 leading academic institutions into a new world of work? Will this global lockdown cause significant…
Revising the REF 2021 timeline – we respond to the COVID-19 survey
The Chartered ABS believes that there should remain a single deadline for all elements of providers’ submissions but…

Our response to the consultation on amending the REF2021 timeline
Read our full consultation response.
PolicyResearch
Annual Membership Survey 2019: results and analysis
We analyse the priorities and areas of attention facing the UK's business schools for the year ahead.
LeadershipPolicy
Consultation on Higher Technical Education
Read and download our full response to the consultation on Higher Technical Education
PolicyResearch
We use cookies to ensure that we give you the best experience on our website. If you continue without changing your settings, we'll assume that you are happy to receive cookies. Privacy Policy.