Addressing inequalities in health: Shaping the allocation of resources in the National Health Service 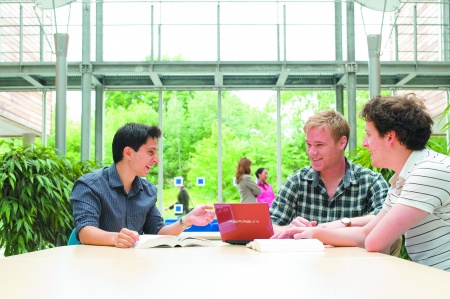 Whilst overall levels of health in the UK are improving, health inequalities are still present, making their reduction a priority for the Department of Health (e.g. Equality Objectives 2012-2016).  The allocation of NHS resources can play a large part in addressing this issue.

Research conducted by Professor John Wildman at Newcastle University Business School highlighted the issues with data and calculations used to understand the relationship between health inequality and income, having found a way of overcoming what economists refer to as the ‘aggregation problem’.

This model provides a framework for the assessment of the effects of absolute incomes and income inequality on individual health, average societal health and health inequality. This is in response to deficiencies in existing measures which do not take income inequality into account when examining individual-level health.

The disaggregation method was further applied to the area of mental health. It was found that subjective financial status is a major determinant of ill-health and makes a major contribution to income-related inequalities. In this context, it was also found that relative deprivation is an important factor for women but not for men.

The quality and focus of the research at Newcastle has led to Professor Wildman taking a prominent role in three commissioned projects with direct implications for government policy. The £95.6bn NHS budget is split into four areas, namely acute case, health inequalities, prescribing and mental health services. Deriving the formulae for the allocation of these resources is highly significant in terms of reducing inequalities. In England, the Advisory Committee on Resource Allocation (ACRA) provides independent advice to the Department of Health on how central resources should be allocated.

A consortium of researchers were commissioned to undertake research for ACRA which saw four proposed adjustments to the health inequalities formula. These adjustments proposed a fairer distribution of resources, taking into account the needs and supply variables, and based on better population data. This project was welcomed by ACRA and is being used to consider longer term work on how the formulate address health inequalities.

Building on the health inequalities resource allocation formula, a further project was commissioned.  The Technical Advisory Group (TAG) and ACRA accepted recommendations of the project team regarding both the resource allocation model for mental health services and the formula for prescribing. Newcastle developed a suitable model for use that contains plausible needs and supply variables which is robust to a variety of tests and has good explanatory power. This research was fully endorsed by ACRA and used for calculating part of the Primary Care funding allocations for 2011-12.

The recommendations contained in the report were communicated by ACRA to the Secretary of State for Health, in September 2010. They recommended changes to the resource allocation formula in, among other things, health inequalities. The Secretary of State accepted the report’s recommendations and the calculations were put into practice in two Department of Health guidance documents.  The changes introduced in 2011/12 continue to provide the basis for resource allocation in these areas.

Further research involved the development of a new method of resource allocation based on individual level data. The need for a new formula followed the continuing development of Practice Based Commissioning (a Department of Health initiative designed to target financial drivers towards primary care) where larger volumes of services are expected to be commissioned by organisations that serve larger populations, older populations, and populations with worse health and more socio-economic deprived, thus requiring more up to date equations for the basis of calculations. The recommendations were reported to ACRA in 2012, and they in turn recommended to the Minister that the model be used. This research was fully endorsed by ACRA and used to calculate components of the options for Clinical Commissioning Groups (CCGs - the successors to PCTs) funding allocations.  This formula was the starting point of NHS England's fundamental review of allocations.