Saunter around the average university campus nowadays, and it’s likely that the newest and most ostentatious building will be occupied by the Business School. Possibly sponsored by some wealthy tycoon, it will probably have an atrium, perhaps with hanging banners. Inside, some lecture theatres with plush carpets, and a lot of academics, all paid rather more than the rest of their colleagues at the university to sell the knowledge that makes it so much money. Because that’s the point. The Business School has the best building because it makes the biggest profits. As you might expect, from a form of knowledge that teaches people how to make profits.

If you asked the people who teach history, they would caution you against assuming that this sort of vulgarity is a new development. From the earliest times, the mediaeval university relied on the generosity of kings and bishops. Their survival depended on being close to power, and hence flattering the wealthy became second nature. Buildings were named after benefactors, and portraits hung on panelled walls. Later, when the university had become an institution which itself conferred a certain cultural capital, fundraising became easier. Its role in the social reproduction of the elite ensured that the generosity of grateful parents and nouveau riche industrialists bought land and paid for libraries.

In order to stand a better chance of getting the cash, it is a good idea to teach things that flatter the wealthy and powerful. So history traditionally tells us about the battles of kings and their armies, theology debates scripture, and economics tell us about the wisdom of the people who can move markets. It seems entirely sensible that, when business people have the money, universities should teach courses that place them at the centre of history. And this, of course, is exactly what they do. A century ago, organisations were cruel places which exploited their workers and sent ponies down mines. Nowadays, we have learned much about the sciences of human behaviour, and have proved that the wisdom of managers can help strike a golden bargain. Employees can be happy and efficient, and their leaders can be well paid to compensate them for the burdens that they shoulder.

The problem of the Business School is at heart a problem of governance. As Plato says in The Republic, we need to be careful how we educate those who might lead us. If we educate our graduates in tooth and claw capitalism, it is hardly surprising that we end up with massive salary payments to people who take huge risks. That is the message that our curriculum, and The Apprentice, provide. The abstraction called ‘the market’ is assumed to be the hidden hand that no-one can buck, but those who claim to divine its purposes for a while end up floating on their golden parachutes down onto the decks of their yachts. But being critical of the way in which governance is thought about now doesn’t mean that the problem goes away, it just means that the Business School is not taking the problem seriously enough.

The key to the problem is in the name. Words like ‘business’, or ‘management’, or ‘commerce’ refer us to some particular forms of organization. Mostly large, mostly private sector, usually the limited company. These quite specific organisational forms are then assumed to provide general models for all sorts of other organisations, which is a bit like assuming that studying elephants can tell us about mice. Because the fact is that the world of human beings is populated by all sorts of organisations, and they all present problems of governance.

If we start looking, there are lots of forms of organisation that an alternative School of Organising might look at in order to learn lessons. This means that the curriculum would not ignore organisations on a different scale, or in different cultures, or from different times. Organisation simply refers to the characteristic patterns of people and things that humans arrange in order to get things done. So it could include families, co-operatives, local markets, kinship systems, groups, networks, communes, tribes, partnerships, local exchange trading systems, hierarchies, democracies, city-states, councils, teams, bureaucracies, trusts, communities, collectives, enterprises, professions, guilds, lineages, trade unions, states, clubs, cultures, occupations, societies, matriarchies, solidarities, associations, villages, sects, and utopias. Oh, and private sector limited companies too.

We wouldn’t trust a Medical School that only studied certain diseases, or restricted its research to people who had a certain skin colour. We wouldn’t be impressed if a teacher of architecture ignored all buildings that weren’t churches, or if a biologist decided to ignore all life forms apart from elephants. This is what the Business School is doing with organisations. It is judging all other organisational forms as archaic or irrelevant, and assuming that market managerialism is the only and one best way. Before the crash, this was an assumption that might have been credible to many people. Nowadays, many people believe that it was the people with master’s degrees in management, finance and accounting who got us into the mess that we are in, and the Business School should not avoid its culpability.

Many Business Schools and their professional associations have been busily trying to avoid this unpleasant conclusion. Apart from wriggling a lot about cause and effect, their only suggestions for reform appear to involve compulsory modules on corporate social responsibility, and perhaps making some noises about diversity and sustainability. This is tinkering, the equivalent of the biologist agreeing to add rhinos and hippos to the curriculum. Their fear of change is perfectly comprehensible, but if the Business School is to rescue its tarnished image, it needs more than a bit of public relations. It needs to become a proper subject, and change its name.

Because we do need some place in the university where questions of organisation are studied and taught. Whether youth club or multinational company, issues of how co-ordination and control can be achieved are central to our lives. So too are the political issues that are necessarily part of any patterning of power, and the consequent arrogance of those who come to believe that they are the cleverest people who have ever lived. Plato knew that leaders needed to be trained not to become tyrants. So perhaps its time to take the glass atriums down, and for these schools to encourage modesty and historical understanding in their graduates. If this means they study how angelic choirs are organised, and the leadership required in running a feminist co-operative, then so much the better. At least the students will understand that there are alternatives, and the School of Organising can become more than just a place for teaching managers. 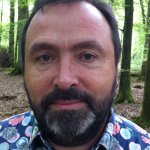 Martin Parker, Professor of Culture and Organisation
University of Leicester School of Management