The Business School of the Future 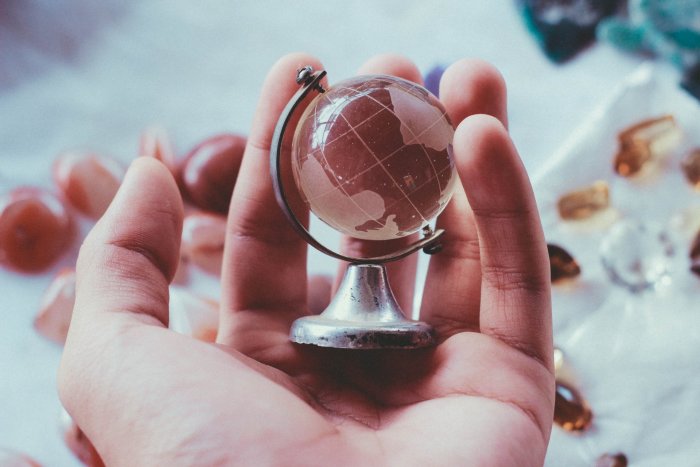 The business of business schools is changing.

As society questions nationalism, colonialism, climate change, democracy and the devastating and unequal consequences of a global pandemic, business schools should be pausing to reflect on their role in creating a better world. The future can be hopeful, positive and solution-driven. Such optimism is  captured in a recent Guardian article ‘Reasons to be Hopeful in 2021’ featuring the City of Bristol – the first city in the world to declare a climate emergency and Britain’s first European Green Capital with its first elected Mayor, Marvin Rees, of mixed black heritage.

The rise of business schools is arguably an international success story. There are 13,000 business schools globally and approximately 130 in the UK. Notwithstanding their contributions to the higher education sector, they have served organisations, businesses, governments and societies well through their education and research activities. Nevertheless, many of these business schools have emerged and prospered within a paradigm framed by neo-liberalism, systems of knowledge production rooted in the global North and West, and worldwide marketisation as dominant ideals.  Whilst this paradigm has been a lucrative venture, some of the Academy’s greatest contributors – Simon, Mintzberg, Bennis, Huff, and Rousseau now offer constructive critique about the proliferation of this model. They have issued warnings about the MBA curriculum, limited professional standards, ethics and identity (when compared to medical, engineering, law, and education schools), a lack of critical thinking, poor methodological and theoretical rigour, limited relevance, and a credibility crisis following the last global economic crash. It seems Building Back Better and Levelling Up will require some re-thinking.

The old adage that “no path to success escapes its encounters with failure”, is a poignant reminder of Kuhn’s work on great transitions. Reflecting through a Kuhnian lens allows us to conjecture that the dominant business school paradigm is under threat from a scientific and ecological revolution. Today’s global and societal challenges, as experienced through the recent Black Lives Matter, Climate Action and global pandemic events, might be likened to Kuhn’s ‘anomalies’, creating de-stabilizing effects. This state of flux highlights the need for public purpose, engagement (Citizens’ Assemblies) and collective action that may prepare a pre-paradigmatic breeding ground for ideas that privilege pluralism as we navigate a path towards 2050. The ‘Business School of the Future’ sits at the vanguard of this change, acknowledging it is both part of the problem, yet well-placed to be part of a solution to drive innovation for public purpose and social value.

The UK saw its first business school at the turn of the 19th Century. Since then, approximately every half centenary, business schools re-orient themselves to a changed social order. We first witnessed this in the mid-20th Century, with a response to the post-war crisis, followed by the United Nations Global Compact initiative at the turn of the 21st Century, calling for greater responsibility, accountability and transparency in the practice of management. It seems business schools have arrived at a strategic inflection point once again. Projecting ahead to mid-century, they have a unique opportunity to reframe the old question from ‘What is the value of a business school?’ to ‘What does the business school of the future value?’

As the last institution in the Russell Group to launch its school, the University of Bristol is exploring how it can harness its heritage and geography to plough an evolutionary advantage and avert the risk of walking backwards into the future. The history of business and management at Bristol lies in a long and strong economics tradition, led by famous British Economists Sir Alfred Marshall and Mary Paley.  Marshall’s work was respected along-side that of influential giants like Adam Smith, David Ricardo and John Stuart Mills. He moved from Cambridge to take up the position as the first Professor of Political Economy and the first Principal of University College Bristol (1877 to 1883). He was known to be philosophical, particularly about mankind’s pursuit of the good life and the nature and role of the scientific endeavour in this quest. He advocated the incorporation of history and theory into rigorous inquiry to improve material conditions for people, accenting inclusion and respect for diversity in academic thought. In doing so, he also promoted synthesis of positive and normative scientific excellence for making an impact in the world. Any meaningful pursuit of the good life must also engage with ‘design’ and visioning - an inherent part of future-making processes that allows us to conceive changes in the world prior to them becoming real. If Marshall’s pre-occupation with humankind’s pursuit of the good life were to be reimagined as ‘better futures for all’ as the modern-day equivalent, he would probably be championing public purpose and directionality for the ‘Business School of the Future’. This re-orientation might be leveraged through the epistemic capacities of a Design Science approach to inquiry and a Pragmatist philosophy to serve the next generation of leaders and global citizens (as business school practitioners). Expanding our repertoire of scientific excellence to address complex questions upholds the value of pluralistic and inclusive inquiry and may help to clear the rigour – relevance double hurdle.

If mid-century promises a new age of civilization beyond the Sustainable Developments Goals, then business schools everywhere need to engage with some future-making activity of their own, and look forward to a carbon-lite, fairer and inclusive existence. At Bristol, ‘better futures for all’ captures our commitment to addressing global and societal issues which channels our challenge-led and interdisciplinary management research and education contributions towards three big ambitions:

Understanding the systems architecture that underpins the state-economy-society relationship is key to building more resilient future global economic systems that serve public purposes. Business schools will need to help facilitate a rethinking of 21st Century capitalism in liberal democracies in an era of digitalisation and surveillance - money, financialisaton, public sector institutions, fiscal and monetary policies, innovation, co-production of markets, and the role of the state in a mission-oriented economy. This will demand significant institutional entrepreneurship to equip graduates with the right skills to design new economic frameworks/policies and re-set the interdependencies between mature and growing global regions.

The challenges of environmental sustainability demand business schools consider how society transitions to sustainable forms of production and consumption in an equitable and inclusive manner. Ultimately, this effort is concerned with creating a generative, restorative and net positive global economy that is supported by tri-sector collaborations. Incorporating notions of industrial ecology, ecological economics, sustainability transitions, circular economy, sustainable business models and natural capitalism into their curriculums; all of which propose significant discontinuity from incumbent and established ideals is a good start. However, we also need to envision the design principles for industrial supply and global value chains to enable sustainable business as well as ensuring graduates are brave enough to experiment with them. As our President of UN COP26, Alok Sharma comments, ‘Whether future generations look back at this time, with admiration, or despair, depends entirely on our ability to seize this moment.’

In the context of greater global economic integration, labour migration and mobility, uncertainties about the future of work and growing concerns about climate impacts, it is imperative we move towards a future that is socially just.   Business schools have a role in ensuring understanding what we owe one another as global citizens; what obligates equitable and fair treatment; and the role of democracy, human rights, civility and nationalism are central to managing all kinds of organisations.

This presents a narrative of what we value and care about at the University of Bristol, as we venture into the future with a renewed sense of public purpose and direction. I’m mindful of William Gibson’s words, ‘The future is already here —it’s just not very evenly distributed’; and so, Bristol invites and joins all business schools to be united in discussing and co-creating the ‘Future Business of Business Schools’.

Professor Palie Smart is Head of School, University of Bristol School of Management