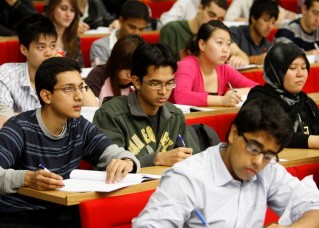 The outgoing head of one of the US’ leading business schools believes that “you can’t quantify” the importance of having diversity among students and faculty on campus.

Alison Davis-Blake, dean of the University of Michigan’s Ross School of Business, told Times Higher Education that there was a lot of “alignment” among staff, employers and the student body around having a diverse campus.

For the 2015-16 academic year, Ross has fully rolled out its “Identity and Diversity in Organisation (IDO)” programme, which all students on their single undergraduate degree are required to complete.

Each year, students take seminars on one of three topics – identity, diversity and organisations – and write a reflection paper on each. The IDO, which is unique to Ross, aims to encourage self-awareness and Professor Davis-Blake said that the scheme is improving students’ self-belief.

“[In the] first year, people explore their own identity and they take one of many seminars that help them explore this,” she said. “Anecdotally, students have really enjoyed this. They feel much more self-aware and that self-awareness is making them much more confident learners.”

Professor Davis-Blake added that diversity on campus isn’t simply about “how many people we have of different types”.

“The issue is actually [about] inclusion,” she said. “Some is around ‘we should have more of type x’ but the vast majority is around ‘we have people of type x and there’s a problem with how they’re being treated by others. They don’t feel welcome, empowered, part of the community.’

“Diversity is, relatively speaking, easy to work on – [in terms of] just getting numbers of people. Pushing all the levers that affect inclusion and how people feel and how others treat them, is much more difficult.”

She said that was because “it includes not only what happens in the classroom. We can train faculty, and we do, about how to create an inclusive classroom but what happens when students walk out the door and there’s something in the hall? That’s where we’re working.”

Diversity on campus is also reflected in Ross’ faculty. The institution has achieved the highest proportion of female faculty who are tenured or on the road to tenure of any of the top 10 business schools, since Professor Davis-Blake became dean. It also has the highest percentage of tenured female professors.

“You have to have enough people who are successful,” she said. “What changes stereotypes is repeated exposure to counter-stereotypical instances. That’s why diversity is so important.”

As an example, she said that if someone has a view that “well, economics is really mathematics and that’s a man’s field” and does not see any female academics working in the subject at an institution then they could “all too easily conclude that women don’t belong here”.

But “if I know 100 women” working in a subject “and they’re successful in various ways, that changes my mental map – it does it without me knowing it or doing anything”.