Experiential learning and the perils of “new normals” 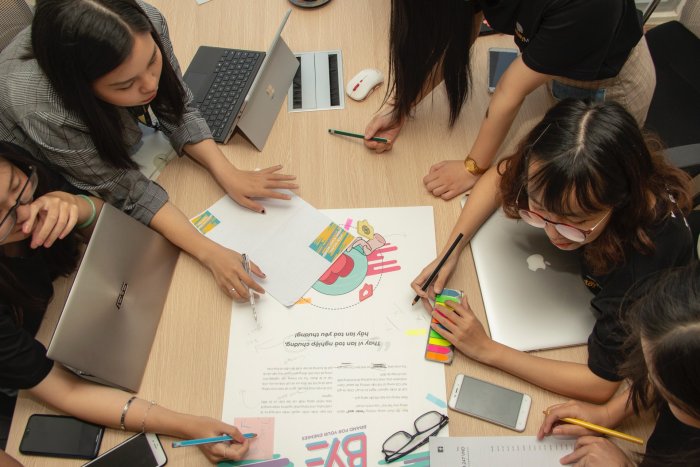 Three years ago, writing on these pages, I suggested that one of the greatest challenges facing academia in the near future would be to harness the power of the information age without allowing it to render redundant much of the so-called learning process. Little did I imagine the events that would throw the issue into such alarmingly sharp focus.

COVID-19 has brought a raft of “new normals”, and higher education has in no way been spared. Like almost every walk of life, the sector has been forced to change in the face of unprecedented disruption. Necessity has once again proven to be the mother of invention, and many aspects of day-to-day university life are now nigh on unrecognisable.

As a former dean of a business school, and someone who has spent much of his career exploring the impacts and advantages of radical thinking, I have many reasons to find this real-world example of massively accelerated innovation both fascinating and encouraging. We have seen the art of the possible redefined, and this offers amazing testament to humanity’s capacity to adapt and move forward.

At the same time, however, I find myself worried that academia could ‘throw the baby out with the bathwater’. It is true that we now have novel, and in certain respects, highly successful means of engaging with the student population, and it is very likely that many of these will endure beyond the pandemic; but we should not forget the merits of what went before.

I explained in my original piece why didacticism has declined in appeal and why, in tandem, experiential learning has perhaps come to have more value than ever. With this delicate balancing act in mind, my fear now is that the remarkable situation in which we find ourselves today could make us lose all sight of the vital distinction between “knowing about” and “knowing how”.

“Different” does not always mean “better”

“Interconnectedness” was something of a buzzword three years ago. It encapsulated the ever-distending reach of data and digitisation and the consequent pooling and sharing of accumulated knowledge. Interconnectedness gave us an epistemic basis unparalleled in both size and ease of access.

We have since entered the realms of “hyperconnectivity”, a phenomenon that is taking interconnectedness to another level entirely. Our epistemic base continues to grow, and the grip of an “always on” lifestyle continues to tighten. More so than ever before, almost everything is but a click or a scroll away.

COVID-19 has, of course, only accentuated this trend. Breakthroughs and paradigm shifts that might reasonably have been expected five, 10 or even 20 years down the line have been rapidly realised in extremis – and, crucially, they have more often than not turned out to be practical and effective.

This question, too, requires us to reflect on a vital distinction – one that must eventually be applied to any new normal, irrespective of its origins. We are undoubtedly doing things differently, but are we doing things better?

The best of both worlds

The underlying concern here, is that we live in an age when the act of amassing facts is almost effortless but the act of making sense of them remains as difficult as ever. “Knowing”, as I said before, is not what it used to be: what really matters is interpretation.

Having commenced my academic career in 1979, I do not deny that I am a dinosaur. We all become removed from the cutting edge at some point. Before the pandemic, when concepts such as social distancing and self-isolation were unheard of, the idea of delivering higher education exclusively via the likes of Zoom or Teams would have been at best, nascent, and at worst, laughable.

Yet this is not about losing touch or, worse still, harbouring Luddite leanings. It is about understanding that not every initiative that grows out of crisis must go on to become a ‘new normal’. It is about acknowledging that many innovations should be seen for what they are – emergency responses, ingenious stopgaps, and second-best alternatives – once life resumes an air of familiarity. Above all, it is about remembering that immersion and experience are among the most powerful learning tools and that we should re-embrace them as soon as we can.

Unfortunately, just when it was regaining ground, experiential learning has been dealt a severe blow by extraordinary circumstance. The pandemic has railroaded us back towards pure didacticism; the quest to complement “knowing about” with “knowing how” has been significantly set back; and the balance between academic study and tangible skills has been tipped heavily in the former’s favour. As a result, our students may struggle to grasp that success often lies in thinking rather than in reiteration and replication.

The reality right now, I suspect, is that precious little can be done. For the foreseeable future, like any sector, we must make do with what we have and be thankful for small mercies. In time, though, we should be very careful not to fall into the trap of believing that what has to suffice now will also suffice in perpetuity. Ultimately, much as it might highlight areas in which we may improve, this episode should remind us of what we have done well in the past – and what we can continue to do well in the future.

Martin Binks is the former dean of Nottingham University Business School and Emeritus Professor of Entrepreneurial Development at its Haydn Green Institute for Innovation and Entrepreneurship. His reflections on 40 years in academia and business can be found here.

View all Blogs
The challenges of making all welcome: three keys to organising inclusive business school events
What sort of experience do you have when you attend an event such as a committee meeting, seminar, or conference at your…
AJG 2024 – Invitation to publishers and editors
We are inviting publishers and editors of Journals and Scholarly Associations to apply to have their journals considered…
Academic Journal Guide 2024: a new evolution
The launch of the 2021 Academic Journal Guide marked the seventh iteration of the Guide, since its original development…