The University of Utopia, Ltd. 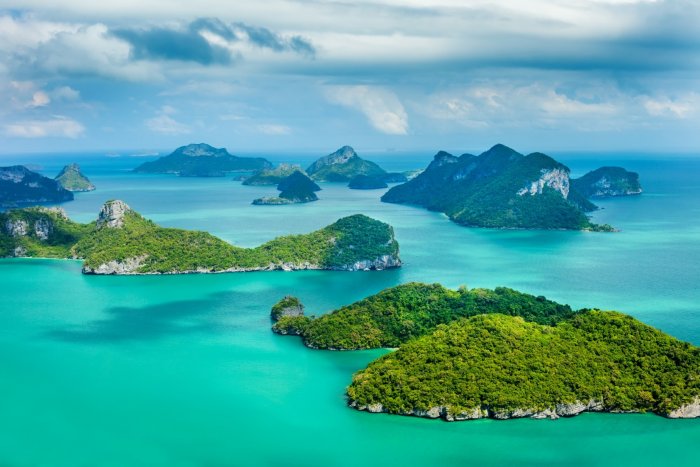 Are you hopeful or pessimistic about the future in university business schools? There are many reasons for caution, even fear, about what the future might hold. Government meddling, bureaucracy, managerialism, consumerism, and all the rest. But, good Utopian that I am, I believe there is still hope. And this year Utopian thinking is back in academic fashion thanks to the 500th anniversary of Thomas More's original satire, whose Grecian title literally means “non-place” or, alternatively, “good place”.

More’s island imagery of Utopia can help us think through our daily experience of university business schools and where they fit into the wider geography of universities. We can think of universities today as drifting archipelagos of academic disciplines. Each island has a cathedral at its centre, containing the discipline’s sacred canons and creeds – its knowledge. The occupation of every islander is to serve the unending process of building and embellishing the cathedral. But do business schools have a cathedral to call their own? Many would argue they do not.

Business schools grew over the twentieth century to become a perverse kind of island: a large landmass with a huge population, but, instead of a cathedral at the centre, more like a sandcastle that keeps being stepped on. For this reason, business schools have nothing to lose in opening their gates to foreign influence. But they are not alone in needing to find ways of re-imagining higher education. Many, if not all, academic disciplines face the threat of insular, inbred decline in the face of the growing pressures on higher education. Like the colonised island in Gilbert and Sullivan’s 1893 opera Utopia, Limited the university is becoming a corrupted, capitalist artefact – the university-for-itself.

In 1953, the then president of the University of Chicago, Robert Hutchins, gave a series of lectures on the University of Utopia, asking what universities should ideally become. Hutchins was a traditionalist in the Western canon, believing that universities should build a compulsory core curriculum which all students should master as the foundation, before specialising in a profession or occupation. I am not Utopian enough to think that contemporary university departments will ever coalesce around a core curriculum. But I do believe that “disciplinarity” has reached its limit and should be seen as a 20th-century idea. Disciplinary theories and methods have become too insular to address important questions in the contemporary world.

At my own institution, the University of Southampton, I have been working with a growing group of staff and students who want to find ways of reinventing the business school. There are different approaches we can draw on for inspiration. Some thinkers take a polemical position, such as Martin Parker in his alternative school of Organizing and 2002 book Against Management: Organization in the Age of Managerialism. There are those who draw on the ideas and approaches from the humanities, and the more radical areas of the social sciences, to inspire reform; the Carnegie Foundation’s 2011 report Rethinking Undergraduate Business Education: Liberal Learning for the Profession has become a catalyst here. But to what extent have these approaches actually found their way into the classroom? My own Utopian approach is not an attempt to ignore our contemporary reality, but to discover new possibilities, that are at the same time critical of the deep structures of social institutions, such as universities.

By reaching out, I have found it possible to make connections across many different academic disciplines. More importantly, I have found it helpful to work in ways which are less disciplined. In our undergraduate business programmes, we have been working with students and staff from many departments, including humanities – in particular philosophy and history – and also engineering and applied science. We meet together regularly in what we call the co-design group – “co-” here simply meaning a coming-together across boundaries – to discuss all aspects of the course and the way learning is actually taking place. This is nothing like the unfruitful ceremony of so many “staff-student liaison committees”, but a lively and imaginative space. Anything, from deciding what to put on the syllabus to discussing the process of assessment, is discussed at length, and the group’s decisions feed directly into the classroom within days.

This way of working has led to glimpses of new forms of higher education, in which narrow disciplinary paradigms and tribal identities are rejected and students and staff share a love of inquiry, rather than seeing their interaction as a service encounter. My own views about the nature of disciplinary boundaries have been reshaped through rewarding conversations with a philosophy PhD student who has worked with us as a class tutor. I have discovered that it is possible to have more in common with an academic from a department apparently poles apart from your own than with disciplinary colleagues.

The search for Utopia also involves celebrating the possibilities that technology offers for overcoming disciplinary boundaries. Owing to its cross-disciplinary appeal, students from web and internet science have joined the business programmes co-design group and enrolled on our modules.

They have also been challenging the traditional pedagogical approach of learning through lectures. In particular, they have co-created a new digital learning environment. To give a sense of how this works, think of the application interface on any smartphone or tablet. Apps such as Pinterest, Twitter and Storify can be used to store information in text, image and video, and share it in open, non-linear ways. An element of the curriculum may start as a reading or seminar room discussion but, through the co-creation process, quickly becomes a series of unfolding conversations on web platforms that augment face-to-face interaction. Every student can personalise this environment by simply deciding which apps to install and which platforms to participate in. There is no expectation for the course staff to control or oversee all interactions, because the content has been created by students through their own learning and exists only to serve that personal process.

This openness of learning and knowledge means that there is no longer such a divide between what students do at university and what they perceive to be the “real world”. Our students are finding links between what they are working on for course assessments and other social and economic aspects of their lives, such as contributing to causes they care about. Our student-edited business blog is a testament to this approach. Students from the co-design group have used their experiences to find paid work opportunities, participate in political debate and contribute to scholarship about higher education by attending academic conferences and writing papers on the topic. These are just some early examples of what is possible by working in new and fundamentally different ways.

I am not suggesting that we close down disciplinary departments. Island thinking lends itself well to intensive knowledge of focussed aspects of the world. Instead, we should create new spaces – uninhabited islands – that can be occupied by “post-disciplinary” thinkers who want to think about the world in more open-minded ways – the university-for-the-world. We can become more hopeful in business schools by looking out and finding Utopia in our universities.

This article was written by Mark Gatenby and adapted from an article first published in Times Higher Education on 17 November 2016.

Mark Gatenby is Associate Professor in Organisations at the University of Southampton.